10/08/2018 - LOCARNO 2018: We met with French director Matthieu Bareyre during the world premiere of his first feature, Young and Alive, unveiled at the Locarno Film Festival 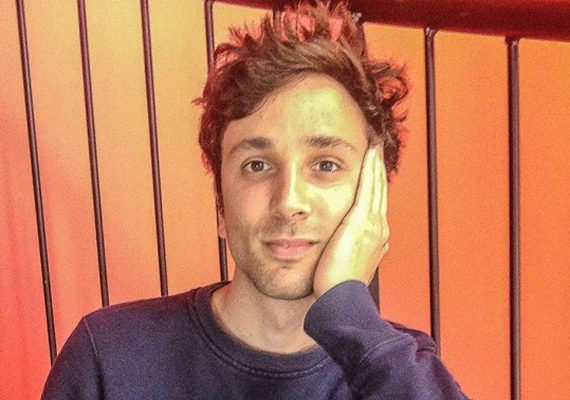 Cineuropa: Young and Alive really captures the mood that hung over Paris between 2015 and 2017 as it was experienced at the time - an insider’s perspective.
Matthieu Bareyre: When the Charlie Hébdo atrocities were hitting the headlines, I felt that things were falling apart and that this was linked to very dark feelings of powerlessness and anxiety, not only relating to the threat of terrorism but, also, to how all this would then be used. In my mind, people were clearly going to talk about it and they wouldn’t be unanimous in their opinions. I said to myself there was no way I was going to spend the coming months and years looking on as a mere bystander or having to listen to external accounts of events. What I was most interested in was to see how my generation and those a little younger than me were going to react to it all.

The film does have a certain energy about it and one that we generally associate with young adults.
I don’t think our adolescent years are in any way a great time in our lives. It’s a really intense and brutal period. We go from the comfort of our families to the outside world, and suddenly society’s norms are raining down upon us. But we’re told these are the best days of our lives! This gaping mismatch creates a lot of anxiety.

Young people are in a category of their own, both celebrated and denied. We use them and their youth as marketing tools, as the focus of advertising campaigns, etc. but we don’t actually listen to them. I had a lot of anger inside me when I started this film because I didn’t feel that what I was feeling, and what the generation around me was feeling, was represented on screen. So what I wanted to do was to give a voice to young adults, to make a film from the point of view of young people (it would have been my last chance to do it, although, in some respects, making this film was also a way of putting an end to my “youth”), and not a film about them. I didn’t want there to be any distance whatsoever between the youngsters in my film and their voices.

You, yourself, take part in the film - the characters speak to you directly - which wasn’t the case in your medium-length film, Nocturnes.
From a cinematic point of view, my approach for making Young and Alive was in complete contrast to my approach for Nocturnes. I tried something new with my first film, but I didn’t want to use the same method again - I didn’t want it to become a template. For Young and Alive, I didn’t want to “plan” anything as such. Instead, I wanted to relinquish control, to take a risk and to trust in what I was going to be given or gifted.  My approach was to not have an approach and to be fully in the present, pure and simple.

My dream at that point was for there to be no real distinction between cinema and my life. I didn’t want filmmaking to be a profession, I wanted it to be my life, all the time, and so I found myself living what I was filming: for three years, my life was this film and nothing else.

Each and every sequence that you’ve captured, unfiltered, in this film is really special and a great example of filmmaking.
It took hours and hours of film to achieve it. Out of personal taste, I had it in mind to make a film that was very lyrical and emotionally intense, with conflicting emotions bubbling very close to the surface. But because, at that point in time, we were being bombarded with ideologies and their interpretations, I really wanted to make sure that I was still observing while filming - I didn’t want to bias the documentary, approaching it as if I had certain ideas to prove. But there’s no disputing someone’s personal thoughts or a lived experience. I wanted the characters to speak to me themselves. The greatest difficulty was finding people and getting them to confide in me. Which explains why I chose to film the documentary in the select few spaces (a roof, a pavement...) where young people are actually able to exist, in a town which isn’t designed for them to feel like it’s theirs, and which is subject to ever-increasing surveillance. And it also explains why I chose to film at night, the time when everything slows down, when we’re less caught up in an obsession with efficiency which doesn’t give us a chance to talk about ourselves. It’s a metaphor of this hugely dark time which we’re going through and which I really wanted to throw myself into headfirst, so as to counter the denial surrounding this darkness, but also, to find glimmers of joy, of life, of rebellion and those little things which pulsate with life and flicker in the deep. Truffaut said that the greatest subject of all in cinema is love. But I think it’s freedom, because, ultimately, freedom is the subject that interests me the most.

Žofie Strachotová • Head of acquisitions, Artinii
“Our system delves deep into understanding communities, and their specific demands, values and interests”