“This is the story of the last family on Earth”

14/08/2018 - We chatted to Bulgarian director Milko Lazarov, whose second feature, Ága, is screening in the official competition of the Sarajevo Film Festival, after world-premiering at the Berlinale 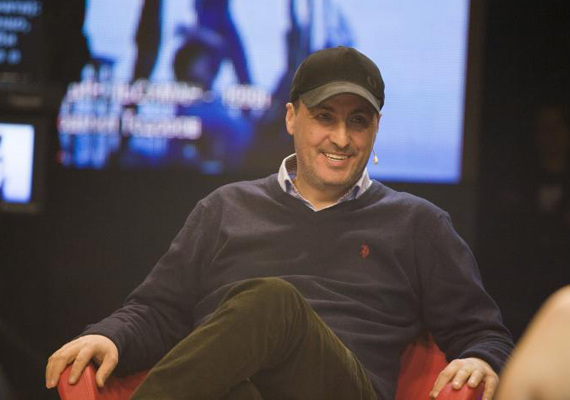 Cineuropa: Usually, Bulgarian directors prefer to tell stories closer to home. What made you choose such a change of scenery?
Milko Lazarov: This story could happen anywhere – it’s the story of the last family on Earth. We just put the focus on a small community as a metaphor.

Cineuropa first wrote about your film in 2014, when the project was still called Nanook. How does a project change over the many long years necessary to bring everything together for the shoot?
Every project has its own charisma. Choosing Yakutia as a shooting location was the most challenging task on this project. The Sakha people and the nature of Yakutia really moved the film in the right direction.

How did you find your main actors, and how did you work together?
It was a pleasure for my entire team to work with the Yakutian team, especially with the actors. I saw Feodosia Ivanova, who plays Sedna, in a Yakutian film called Bonfire, directed by Dmitrii Davydov. Mikhail Approsimov, who plays Nanook, Galina Tikhonova, who plays Sedna and Nanook’s daughter Ága, and Sergey Egorov are professional actors in the Yakutian theatre. I had unforgettable moments working with them.

How difficult was it to shoot in the extreme cold? Was the team in danger at any point?
We arrived in Yakutsk when it was -42 degrees Celsius, and we started shooting when it was -30. We had the proper equipment for these conditions, and I don’t remember any dangerous moments on set.

A difficult shoot usually comes with some adventures. What is your strongest memory from the shoot?
The shoot was a spiritual endeavor, rather than a physical one. But during the wrap party for the movie, I was hit on the head with a beer stein. I got the biggest scar on my body, and it was one of the funniest moments of my life.

I liked the "green" message of your film. How important was it for you to discuss the disastrous effect that humankind is having on the planet?
Taking care of nature may sound like a cliché, and it has indeed turned out to be a cliché, but it is our duty.

Vanja Černjul • Cinematographer
"Even though I'd love to shoot on film more, I’m running out of arguments to use it"

Francesco Sossai • Director of Other Cannibals
“The idea was for the film not to enhance the beauty of the surroundings, but rather create the images as ruggedly as possible”