David Victori • Director of The Pact

“Morality gets watered down in my films” 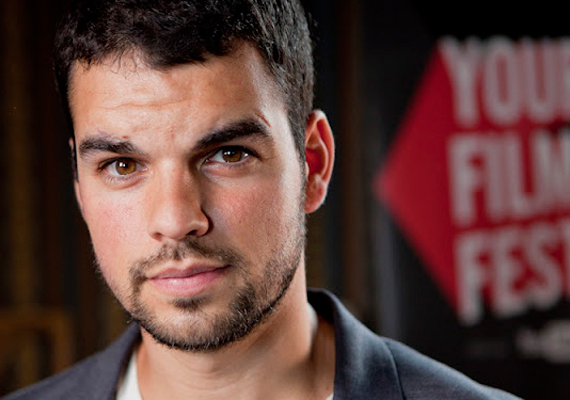 David Victori (Manresa, Barcelona, 1982) is one of the up-and-coming stars of Spanish cinema, as he won the YouTube Film Festival back in 2012. His reward was to have his following project, the web series Zero, produced by Ridley Scott and Michael Fassbender. Now he is releasing his feature-length debut, The Pact [+see also:
film review
trailer
interview: David Victori
film profile], a psychological thriller starring Belén Rueda, Darío Grandinetti and young actress Mireia Oriol.

Cineuropa: How did you avoid falling into the trap of stridency, which tends to plague certain horror films?
David Victori: It’s an obsession of mine to be like the first person to see a film: it comes naturally to me to be able to anticipate what the audience is thinking, even if I don’t always get it spot on. I’ve taken great care to make this cinematic voyage an engrossing one; it’s an immersive experience that I worked long and hard on with the art director and the DoP: thus we created a very particular atmosphere and a special world, so the story will move you on a moral and an emotional level, and at the end, you will be as wrapped up in it as the characters are. I found it interesting that the viewer would gradually be delving deeper and deeper without realising it: and so we took great care with the screenplay, providing the story through little snippets here and there, bit by bit, and this is how we gradually ensnare the audience.

How did you end up taking an interest in the Faustian aspect of the storyline?
The seed of The Pact was sown by a story from within my own family: a few years ago, my sister passed away, and after a few weeks, my father told me that he couldn’t sleep, and that he kept having a nightmare which would come to his mind and which he could remember in minute detail. I told him to write it down so that he could rid himself of it. A few days later, he read the story to me, and that’s basically the origin of my movie, which he had written down as a tale. I was fascinated by how he had asked himself the same thing as my protagonist: how far would he have been prepared to go to avoid his daughter’s death?

It’s hard to accept a loss like that…
Yes, my film runs contrary to all of the movies that have been made so far, as normally the heroes do anything but give up; but the gesture of accepting things for what they are moves me as much on a narrative level as it does on a personal one, because sooner or later, we all have to accept something that we wished were different.

Is it a way of putting up barriers when we are faced with things we don’t like?
Exactly, because we don’t believe they are happening. But the question is: why can’t they be happening? This has a lot to do with fear, which is nothing but a projection through time, when you don’t want something to be a certain way; but it will always defeat you in the end because you can’t fight against something that is happening. The most powerful horror stems from fearing what hasn’t happened yet.

The Pact slots into the fantastic genre, which is fairly recurrent in your filmography.
I don’t know why I have such a strong connection with thrillers and suspense, but I’m aware that I especially like fantasy because for me it serves as a device to sketch out the story in a way that allows me to take the characters to places you can’t get to in cold, harsh reality.

Which influences or role models would you admit to having? Who are the masters of cinema that inspire you?
When I’m approaching a project, I try not to put the references that are subconsciously already inspiring that project on the table for all to see. On the other hand, when you begin preparations with the crew and you’re thinking about the film on a visual level, you have to use references. For the cinematographic level, we worked with the movies of David Fincher, with that icy and neurotic atmosphere, which tied in with the sombreness of my film. I’m also a fan of Christopher Nolan, who has achieved what many aspire to: making arthouse, but still commercial, films; he makes gigantic projects based on original ideas. Denis Villeneuve is also one of those filmmakers who make more mature and ambitious movies that are impeccably crafted and very tasteful. Obviously, I’ve always been fascinated by Spielberg, Hitchcock and Asghar Farhadi, whom I connect with when approaching the world of grey areas: morality gets watered down in my films, and that’s where I feel most challenged, because when it’s not clear what one should do, that’s when I get really hooked on a story. There’s no one correct direction or right decision: no one path can be the most "correct". That really fuels my creative side.

The sound and soundtrack are particularly noteworthy in The Pact… Did you devote a lot of time to these aspects?
The sound is the film’s subconscious: it’s the director’s opportunity to tap into certain places in the viewer’s mind without him or her realising. Working on the sound always fascinates me. Also, musician Miquel Coll, whom I worked with on my short films, knows me very well, and we managed to create a captivating atmosphere.

Milcho Manchevski • Director of Willow
"I go with my intuition, and try to listen to the voice of the characters and the story"

Miguel Ribeiro • Co-director, Doclisboa
"We felt like we could contribute with this idea of rebuilding a community of cinemagoers"