20/08/2018 - We chatted to veteran Croatian stage director Bobo Jelčić, whose new film All Alone has just premiered in competition at the Sarajevo Film Festival 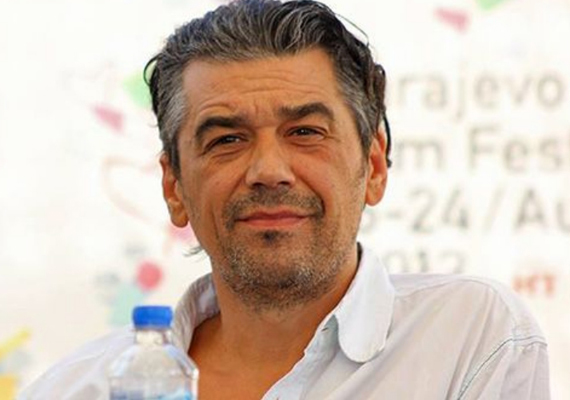 Cineuropa: Your new film can be seen as a sort of a sequel to your previous one: A Stranger ends with a scene of bureaucratic absurdism, and All Alone starts off with a similar scene. Your style is still distinctive, yet somewhat adjusted to the new story. How do you see the relationship between your two films?
Bobo Jelčić: That would be a question for someone more objective, someone like you, who can identify such things. I do not think in this way. Everything I do is connected: the topics and the way I treat them follow each other logically; they come from the same heart and the same mind. My method of working in films and on stage is continuous; it is a string of constant examinations of interlinked topics. It is not as rational as it might seem from your question.

The subjects you deal with are parenthood and the powers that the system has to restrict it, the relationship with one’s surroundings on the verge of conflict and, finally, internalised conflict. Can your hero, Marko, survive all alone if no one helps him?
But others do help him, and this is the catch. The more they help him, the more alone he feels. You may have noticed that there is almost no conflict in the film, no dramatic climax, because nobody actually opposes him, and his isolation leads to irritation. Solitude itself is not alarming; it can feel welcome at times, but the sense of uselessness and the lack of understanding he is dealing with are just depressing and undefeatable. But he has to survive; he is a fighter, and this is his duty.

What was it like to work with versatile actor Rakan Rushaidat and seasoned international star Miki Manojlović?
I did not know much about either of them (I collaborated with Rakan briefly on my previous film, and I knew Miki almost solely from the movies), so I wasn't sure how they'd react to my methods. Both of them, together with the rest of the cast, were willing to participate in all of the experiments, tests and long, intense rehearsals. They even surprised me with their enthusiasm, so it was a pleasure. They are great actors, and my methods were not a problem for them. And sometimes it was exhausting: we worked a lot outside of the given content, prolonging scenes way beyond their expected duration, and then positioning the characters within them…

The sound design plays a big role in your film. We constantly hear overlapping dialogue that finally merges into a murmur…
A cacophony amplifies the lack of focus and the looseness of the structure. They all talk a lot, at the same time, with no breaks, so when a moment of silence finally comes, it speaks volumes. The speech itself loses its own purpose and meaning. It is not a new thing; it is just a conclusion of mine that a cacophony can push us over the edge, so this is sort of an alert, a cry for help – like, let's just stop talking for a moment here.

Do you see your film as universal, or is it localised within a precise context?
There is no universal without the local. A story has to be localised so it can feel authentic. This is an important prerequisite in order for the story to be relatable globally, because any other way it would seem superficial and lacking motivation. Art has to be as specific as possible to have a reason to exist and to make its point. Everything else – and this is not rare in cinema – is empty, hollow, total bullshit.

Nicolai GH Johansen • Director of If You Knew
"When we talk about mental illness in general, we are often too quick to reduce people to diagnoses"

Mathilde Pâques • Manager, Brussels Coproduction Market
“The idea was to create a competitive platform for projects in order to favour co-productions”

Lukas Kacinauskas • Director of I Was Max
"Cinematic is what’s real, engaging and meaningful"