“We all like popular, quality films, which are difficult to shoot”

31/08/2018 - VENICE 2018: Gastón Duprat discusses his new film, My Masterpiece, his first since the Volpi Cup-winning 2016 title The Distinguished Citizen 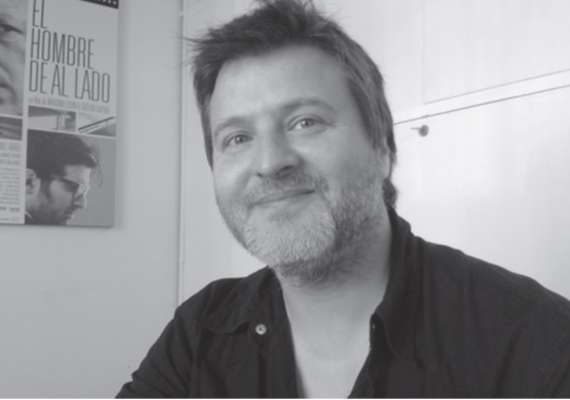 Cineuropa: What were the origins of My Masterpiece?
Gastón Duprat: We wanted to shoot a film with actors Guillermo Francella and Luis Brandoni that would be a dramatic comedy with humour, with emotion, and also with the possibility to reflect on a few themes and topics on a deeper level. We wanted the movie to deal with friendship and the limits on friendship, and also to talk about art and the space in which artists move.

It’s quite a complicated film because you have made a popular, crowd-pleasing thriller that is set in a highbrow art world. Within this world, there is an element of you seemingly deconstructing capitalism; was this your goal?
No; we didn’t have this idea of deconstructing capitalism in mind, but if you think that when you watch the film, I quite like it because it’s one possible interpretation. What is it that we wanted to portray? First of all, I think we wanted to make a movie that we liked and that we would have fun making, and at the same time, we wanted to have a film that we would like to watch in the theatre as audience members. That was a very ambitious and difficult aim: much more difficult than deconstructing capitalism. The three of us, we are very different; we belong to different generations and have different backgrounds, but we all have similar tastes as far as movie-making is concerned. We have done different things, but we all like popular, quality films, which are very difficult to shoot and to make.

It is interesting that one character is pessimistic and the other is optimistic, and one is full of cynicism and the other is loyal. Does that reflect a kind of schizophrenic attitude in people towards themselves in Buenos Aires?
I don’t think it’s specific to an Argentinian state of mind; I think this script is more universal and deals with more universal themes, like friendship, what goes on when time passes by and people are no longer in touch, and being put on the shelf when you are considered obsolete. It can of course be applied to Argentinians, but I think it’s much broader than that.

There is a film at Venice that is about Orson Welles, and the title is pulled from something he reportedly said, They’ll Love Me When I’m Dead. In this film, you talk about death adding value to art – do you think it’s true?
Well, that applies to some arts – for example, when the artist dies, the value of his work is multiplied by ten. I don’t think it applies to directors, writers or actors; it applies more to that specific field because death actually adds value to their single work of art.

The film’s structure is interesting because it is told in a flashback, but most of the film is played in the present day - so did you actually need the flashback?
Yes; we worked really hard on this structure. It seems simple, but it is not simple at all. Actually, the film is a very long flashback, and then moves forward, and so it was really hard and gave us quite a bit of trouble. The important thing is that that flashback is necessary at the beginning because Guillermo Francella says he is a killer, and then for the whole film, the audience is waiting to find out when he’s going to kill someone.

Kristian Håskjold • Director of Chemo Brain
“In general, men are worse at talking about cancer”

David and Álex Pastor • Directors of The Occupant
"When it comes to pandemics, history tends to repeat itself, unfortunately"