“We’ve always needed the ‘others’ to reflect who we are”

14/09/2018 - SAN SEBASTIÁN 2018: Seven years after Markus Schleinzer debuted at Cannes with Michael, he is back with the period drama Angelo, screening in competition at San Sebastián 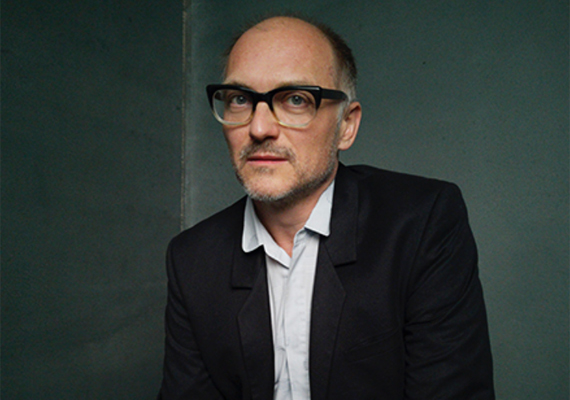 It has been seven years since Markus Schleinzer’s feature debut, Michael [+see also:
trailer
film profile], competed at the Cannes Film Festival. The Austrian filmmaker now returns with his sophomore feature, Angelo [+see also:
film review
trailer
interview: Markus Schleinzer
film profile], a period drama exploring the controversial personality of African-born Angelo Soliman, which is competing in the Platform section of the 43rd Toronto International Film Festival. We had a chance to talk to the director about his inspiration and how his story reflects the present day.

Cineuropa: How inspirational was the character of Angelo Soliman for you?
Markus Schleinzer: Angelo Soliman is not only a mythological figure in local Viennese history; he is also a part of European history, as he is known beyond our country’s borders. His name, in academic circles, is often mentioned in the same breath as Sara Baartman, El Negro or Truganini. His “otherness” made him the perfect exotic ornament, and the living proof of the modern world’s victory of reason over savagery and pagans. While for some he is the first example of successful integration, others see him as an unfortunate victim who survived only through surrender and conformity. Some conjecture that he generously donated his own skin before he died – to be stuffed – while others discuss assassination conspiracies worthy of a Dan Brown novel. But the truth is that there is so little left of him. We do not know where he came from or how he came to Europe. What little evidence remains provides proof that he existed, but we don’t know how he lived or what he suffered from. He is many things to us: he is a blank canvas that we can gratefully fill up according to our needs, with our own interpretations, images, fears, preferences and demands. So his situation hasn’t changed throughout the centuries: we still use him for our needs.

Is his story still relevant today?
I was fascinated by how modern this theme is, even though it was hard to produce a period drama with all the necessary details. And despite the fact that I swore I would never do another one, my new script is for another period drama!

You have mentioned that, today, “Angelo would be a must-have accessory”. Do you think society’s curiosity and adaptability haven’t evolved since the Enlightenment?
The way we treat the so-called “others” in our communities gives us a great overview of our societies. It is fascinating and frightening to me that we, in the “Western world”, are starting to question a lot of equality issues that we solved decades ago. At the same time, this is inspiring many people to get involved in political activities again and to protest in order to make their voices heard.

Going back to Angelo, I think that ever since the early years of mankind, we’ve always needed the “others” to reflect who we are. This hasn’t changed, and it never will. In the past, the upper classes loved to have living examples of the curious and the abnormal, using animals or even people from faraway countries. It was part of a movement to discover the exotic and to show one’s education. These ornaments were both observed and admired. However, the arrogance that comes with the belief that you are at the centre of the world isn’t originally European; racism is rooted in every culture.

Could Soliman’s case still be considered a great example of cultural integration?
The real facts about Angelo Soliman are scarce. Some people want to see him as a great example of cultural integration, but we should remember that his existence in Europe began with a crime, as he was kidnapped and used to please his masters. Angelo was their example of their global power and force. That is not my idea of integration. You might argue that he didn’t suffer as much as others did in those times. But is that a real benefit or just cynicism?

Could your film be seen as an interpretation of the current European migrant crisis?
There is no migrant crisis; if there is a crisis, it is an immense crisis in politics – in various countries.

What was the main reason for you waiting so long to make your sophomore film after the success of Michael?
It was a mixture of reasons. As a first-time filmmaker, I was told to accompany my movie everywhere, which lasted one-and-a-half years. Then my grandparents’ health deteriorated, so I couldn’t abandon them, and that lasted two more years, until they passed away. Also, I don’t consider myself a film director. I was working in theatre, both as a director and as an actor, and I’m also teaching. Finally, in the last few years, there has been an unfortunate change in Austrian society and politics, so it’s not so easy to get funded for films like this any more. It took us four years, but we got there!

Anne Zohra Berrached • Director of Copilot
“For me, it's a film about love”

Thomas Bertacche • Distributor, Tucker Film
“Our recently acquired restored movies will have a theatrical release, and we are selling the others to SVOD”

Anna Henckel-Donnersmarck • Head, Berlinale Shorts
“A short film can be so much freer in its choice of tools”

Joana Hadjithomas, Khalil Joreige • Directors of Memory Box
“Our character feels her mother's secrets – kids can do that”