14/09/2018 - TORONTO 2018: We chatted to Dutch filmmaker Rosanne Pel to discuss the serious topic of sexual abuse that she tackles in her feature debut, Light as Feathers 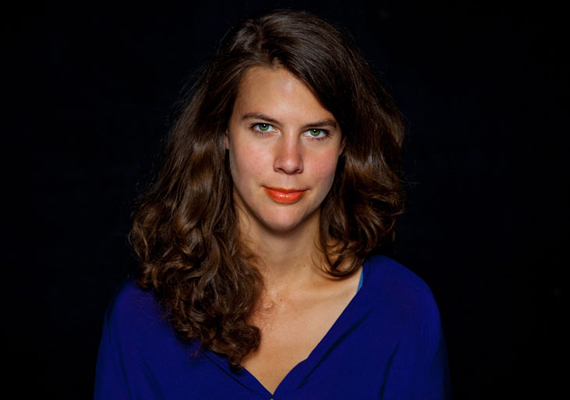 Dutch filmmaker Rosanne Pel brings her feature debut, Light as Feathers [+see also:
film review
trailer
interview: Rosanne Pel
film profile], to Toronto’s Discovery section. The film examines a manipulative form of sexual abuse among teenagers as seen from the perpetrator’s point of view and, inspired by Hannah Arendt’s work, focuses on the importance of forgiveness. We had a chance to delve deeper with Pel into every aspect of her film.

Cineuropa: What were your intentions when dealing with such a controversial subject?
Rosanne Pel: Let’s be clear: there is no excuse or argument for any kind of sexual violence. My intention from the start was to understand the conditions that trigger abuse, manipulation and violence. I started writing a drama from the victim’s perspective, but I discovered that this was not suitable for my story. Many films show abuse and sexual violence from the victim’s perspective, which is understandable because our sympathy goes out to them. But often, they are about women confronted with excessive violence, leading to a story about vengeance. The revenge itself is perceived as sensational entertainment. It’s not helpful to victimise women and let them regain power through revenge. Also, these movies are directed by men, and I think we need more female perspectives on the subject.

When we depict sexual abuse as an excessive act coming out of nowhere, we are presenting the rare situations. It doesn’t allow the viewer to understand, on a realistic level, what has happened. Unfortunately, sexual abuse is not exceptional; instead, it’s a very common phenomenon. By narrating it from the perpetrator’s perspective, I was able to show the complexity of the matter and how sexual violence occurs in daily life. I have even used some humour – it was necessary, but it won’t diminish the gravity of violence. Without it, how can we understand the tragedy?

You also offer the tools to forgive the perpetrator. Is forgiveness a realistic act, or does it sound like one of Hannah Arendt’s theories?
I don't approve of the harmful behaviour of the boy in Light as Feathers. He is responsible for his own acts. But a perpetrator can also be a victim. Regarding forgiveness, we should see it in relation to a specific situation. In the film, we see a chain reaction based on events that occur over several years, and they form a repeating, violent history. When transgression finds an outlet, it’s irreversible. In all acts, there is the potential for a chain reaction, and in Light as Feathers, the chain should be broken. If the story were real, then all of the characters involved would be forced to live next to each other. It’s a small community, and without any interference, future transgressions may occur.

Violence should be punished and corrected. In specific situations, people should be offered a new start. It depends on the audience as to whether they will consider or allow forgiveness. I don’t know if Hannah Arendt’s theory is realistic, but we should consider it as an option and take a closer look at the conditions that lead to certain acts.

Apart from Arendt, do you have any other influences?
Actress Susanne Lothar gave her input on Michael Haneke’s The White Ribbon [+see also:
film review
trailer
interview: Michael Haneke
film profile]: “Children are like a roughly ploughed field: if you step on it, it makes a deep impression.” I think that’s spot on. Even if it’s just one sentence, it influenced my perspective. If you mistreat a child, that child will build up resistance. The boy in Light as Feathers can’t deal with the resistance he feels towards his mother, and this backfires towards his neighbour.

How was your experience working with non-professional teenage actors?
I enjoyed working with them, and they mean so much to me. I felt a tremendous respect and responsibility because of their young age – especially seeing them grow up, as I was involved in shaping their lives during a crucial period. For that reason, I wanted my influence to be positive, so I was cautious about how to approach the subject.

Why was it necessary to give this feeling of a fictionalised documentary?
Shooting took place for over three years. This was important because we show the events in the boy’s life that mould him into the young adult we see by the end. The only way to understand his behaviour was to depict an authentic part of his life. I wanted to touch on all the layers that lie behind the reasons for his actions during different periods. Sometimes the film looks rough and, indeed, like a fictionalised documentary. For me, stylised cinematic violence often feels tasteless. I wanted to make a film closer to the authenticity of life.

You examine forgiveness from a socio-political point of view, but the religious interpretation is completely absent. Was that done on purpose?
Yes, that was a clear choice. I’m not religious, and I don't view forgiveness as an act of God that occurs outside of human actions. Instead, I see it as something that is only possible between human beings.

Sarah Chazelle and Etienne Ollagnier • Distributors, Jour2Fête
“The measures put in place this summer to restart the opening of theatres must be changed”