04/10/2018 - We chatted to German director-screenwriter Marcus H Rosenmüller about his new drama, Trautmann, based on the life of the famous Manchester City goalkeeper 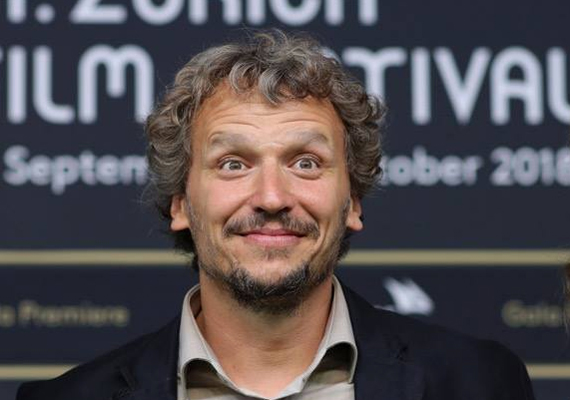 Cineuropa: What was it that made you want to make a film about Bert Trautmann?
Marcus H Rosenmüller: First of all, I was curious about the guy when I heard this pitch about a German POW during World War II who become such a hero in Manchester and in England. I had never heard of him, and so I started wondering about him. Then I read a biography that producer Robert Marciniak showed me, and I said, “Okay there are many aspects here that we can use to make this even bigger than a football film; it will be about politics, society and all of these grander things.”

You met with Trautmann before he died in 2013 – what was he like?
Trautmann was very cogent and quick-witted, and he was excited, especially when he realised that we didn’t only want to make a film about his broken neck, because everyone talked to him about his broken neck. He realised very quickly that we wanted to make a movie about other things, like the fact that he is a symbol of reconciliation and that he was the first German in England to change the way the English looked at Germans, because suddenly he became their comrade. He was very open and told us about his fears, such as this story from when he was stationed in Ukraine – he saw people getting shot, and he was not able and didn’t have the courage to say anything to stop it, because he was afraid of being shot himself. He told me about this dilemma that was still haunting him.

What was it about his character that made him capable of doing this?
It also helped him that he was working class, as he was on the same level as the people he met. He was a footballer and he knew that you had to play in a team, and what was really surprising for us was that he was aged 82 when we met and he was still so strong. We were very surprised when he died, as I was sure he would live to 100 because he was still so full of life. He had a foundation and made speeches to tell this story because he realised it helped people.

He died a few years ago, and it has taken quite a long time for the film to be made.
Yes; on the one hand, it was my own slowness working on the draft, and then there was also the financing. I’m known in a region of Germany, in the south, in Bavaria, and with no big-name stars on our team, we really had to convince the financiers with our story – and, step by step, we found them. We also had help from our co-producer Chris Curling, in England – it was very important that he closed the financing. We had some partners that stuck with us through thick and thin, and also, our main actor David Kross stayed with us for five years when we kept on saying we had to postpone, as we didn’t have all the money yet, but next year… He always said, “I’m with you, and you can always use my name.” It would have been hard if he had left the project.

Christian Schwochow • Director of Je Suis Karl
“Je Suis Karl is a work of fiction, but it is based on research”

Fred Baillif • Director of The Fam
“What I want to say is: stop closing your eyes!”