09/10/2018 - Cineuropa chatted to Wojciech Smarzowski, the director of Clergy, which has just enjoyed a record-breaking opening in Polish cinemas 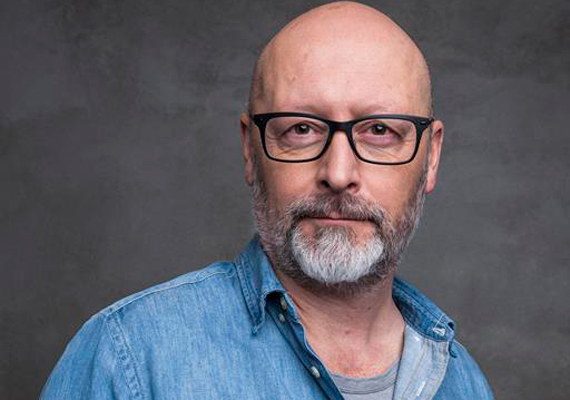 Polish director Wojciech Smarzowski’s latest film, Clergy [+see also:
film review
trailer
interview: Wojciech Smarzowski
film profile], enjoyed a record-breaking opening in Poland, racking up almost one million ticket sales straight away, and now, ten days since the premiere, it has 2.5 million admissions on the clock. We spoke to Smarzowski to find out more about the hit movie.

Cineuropa: Clergy is a film about the sins committed by the Catholic Church in Poland. It deals with paedophilia, corruption, alcoholism, unfairness and vanity, and it had a record-breaking opening in Poland, a result that is out of reach even for rom-coms and adventure films. How do you explain this result?
Wojciech Smarzowski: I think that divine providence is on my side [laughs], and many external factors resulted in the commercial success of the film. I guess the most important factor is that I am not the only person in Poland who is disturbed by the fact that the Church is above the law. While preparing a film, I always start with an issue; I never think about whether the subject I have picked will be popular with the audience. I make films the best way I possibly can, and I believe that apart from focusing on a hot topic, it’s also a very well-made piece of cinema that has a moving story, credible characters and, most importantly, emotions.

The protagonists of the film are three priests, and each faces a different sin committed by the Church. In the script you wrote with Wojciech Rzehak, were these characters based on real-life priests?
All of the characters in the film are fictional, but their core is taken from real life. The resemblance was so strong that the priests who watched early edits of the film recognised the actual clergymen. Naturally, the story is more compact – that is the advantage of fiction – but what we really cared about was showing the extent of the depravity in the Polish Church. In order to present that institution and its mechanisms from the inside, we had to place the camera in a curia, in a modest parish, and in a prosperous one in a medium-sized city. That necessitated three plot lines and three protagonists, supported by the character of the archbishop.

Did Polish Catholic priests help you in your research for the film or did you consult them? Have they watched Clergy?
Yes, I consulted priests and former priests, who aided us at every stage of the production. They helped me with the script, the choice of locations, the costumes, the on-set work and, later, the editing process. Those who want change in the Church shared their experiences and their observations. They liked the film and considered it to be Christian, and they said it didn’t insult the Christian faith, but rather showed a corporation. I once joked in an interview about how I could start Clergy 2; then, Wojciech and I independently received several offers to meet a number of priests we hadn’t met before, who were willing to provide us with information about the faults of the Church that weren’t presented in our film.

Clergy and your previous movies Hatred [+see also:
trailer
film profile] and Rose [+see also:
film review
trailer
film profile] were the first Polish films to touch on these particular thorny issues. Why do you choose such topics, and how does entering these dark places change you?
I make films about what causes me pain, about what was forgotten or – as in the case of Clergy – hidden. I always suffer most during the initial stages of preparations for the film, while reading and hearing stories of the people who were wronged – Masurians who were raped in the case of Rose, the survivors from Volhynia for Hatred, and for Clergy, this handful of people who decided to talk about being molested by paedophiles in the Church. My films are dark, but trust me: I make them so that the world will become a better place.

Bruno Dumont said that for him, cinema is like a secular church. What do you think about this, and do you believe that cinema can change minds or countries?
For me, cinema is a way of wandering between worlds. I don’t believe that a film can change a country, but I believe that there are films that can open something in the audience’s mind. There are many reportages, books, and even a stage play about paedophilia in the Polish Church, but it is only film, which has a bigger impact, that has prompted reactions from the Church – only on a small scale so far, but still. New victims of paedophilic priests can report these cases to Marek Lisicki’s Do Not Be Afraid foundation. In no country has the Church ever cleaned up its act by itself; help from the state is necessary. In Poland, the government walks hand in hand with the Church; the former needs voters, while the latter needs money and privilege. Poles somehow forgive the Church for its hypocrisy, but I hope they won’t forgive paedophilia. Clergy is like a constant dripping of water that wears away a stone. It’s not only a film about the priests, but also about the believers. I hope that Catholics who watch Clergy realise that they’re partially responsible for what they have just seen.

Bettina Blümner • Director of Vamos a la playa
“Humour is how we cope with life, especially today”

Solomiia Tomashcuk • Director of Between Us
“These are just the questions that I myself wanted to answer, and I posed them to my heroines”

Andrii Kokura • Director of Pokut
“From the age of 15, or maybe even earlier, I understood that I could make a full-length film”