"A film that focuses primarily on my love of fiction"

31/10/2018 - We met up with Pierre Salvadori following the release of the Cannes-premiered The Trouble With You, a hilarious comedy about the pleasure of telling stories. Released in France on 31 October 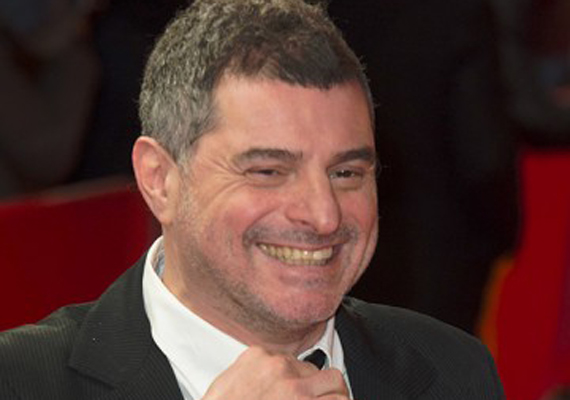 Cineuropa: You're back with The Trouble With You, a film about telling lies.
Pierre Salvadori: When the main character, Yvonne, discovers that her late husband is not the man she thought he was, not only does she hide his wrongdoings from their son – having described him as almost angelic – but she tries to repair the damage, except that she does so by dispensing with the truth.

All scenes seem to either involve the characters acting something out or correspond to a story they’re telling themselves.
Yes, I was able to tell the story differently. The plot is almost irrelevant, and the film focuses primarily on my love of fiction and the importance of stories in our lives. When Audrey Tautou asks her husband, who has just been released from prison, to re-enact his return several times, you realise that re-enacted reality can sometimes be more powerful than when it first spontaneously occurs. It’s the same thing with the robbery scene, which I developed by using security guards who, instead of monitoring the area in question, watch the robbery on their CCTV cameras as if it were a silent film. It was a way to accentuate pleasure, to build up the scene by showing it in first person, and then a second time around.

The film uses a game of perspectives to suggest that everything is dependent on how we look at it.
Sometimes our vision is so clouded by fear, or we’re so fascinated by our loved ones, that we have a hard time seeing reality. But the scene you're talking about – the one with the psychopath's confession to the cop in love, who looks behind him instead of listening – was used to demonstrate that the film is about a fake crime, a love story and a story about stories. This theoretical point of departure gives rise to some very funny situations.

There is real optimism in this statement. It does away with all judgment, even in relation to Papa ripou...
Exactly. The little boy will grow up and it will be up to him to do what he wants with the story he’s been told, to continue to see his father as a hero, or as a friendly thug, but not as a monster. That’s very important, yes..

A sort of levelling takes place between the characters. Their paths are actually quite similar.
All are hindered in some way (Adele carries the weight of her guilt, Pio Marmaï is hampered by his anger and the fanciful idea that he can make up for lost time ...) and so they all tend towards a liberation from some rather burdensome emotions (revenge, anger, guilt or shame are basic but very powerful feelings). But what really brings the four characters together is their morals, they are what's known as "good people," faced with terrible dilemmas, and it is this friction that creates, at least in this instance, comedy.

The Trouble With You makes people laugh so much. Is there a moment in the film or a line that you particularly like?
The situations lead to the comedy in this film, so there is no funny line in itself, but there was a moment that I was quite proud of – the robbery scene. It was rather complicated given the masks, vocoders used by the robbers so that the salesmen couldn’t understand what they were saying and the fact that the characters had to switch from anger to romanticism, to spite and then to reconciliation. But at a certain point, I felt that this was where the film had to provide the viewer with an explanation, more or less discreetly. There’s one particular sentence, the only one that was improvised during filming, when Damien says: "It didn’t happen, but it was good,” that caused me to think to myself, this absolutely encompasses what I’m suggesting with this film, that it didn’t happen, but I hope it was good.

Richard Mowe • Distributor, CinéFile
"The more interest there is in cinema in general across the board, the better for everyone in the industry"

Kathrin Kohlstedde • Head, Filmfest Hamburg
“Though there are many differences between them, the students find out they also have a lot in common, and the films help them to discover and articulate that”

MML Collective • Directors of Tracking Satyrs
“An atypical film such as ours, questioning freedom and played by social outcasts, does not really fit the profile of industry cinema”