by Lysann Windisch - Bridging the Dragon

10/01/2019 - The Chinese Bridging the Dragon market met up with Stefan Ruzowitzky, the director of The Counterfeiters, which won the Oscar for Best Foreign-language Film 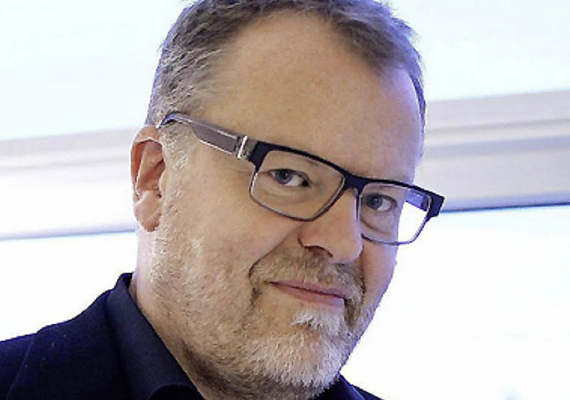 Austrian writer-director Stefan Ruzowitzky studied theatre, media, film and history, until he started directing music videos for famous bands and adverts that garnered numerous awards. In 2000, he directed the feature Anatomy, which became the biggest German box-office hit of the year. In 2008, his The Counterfeiters [+see also:
film review
trailer
film profile] won the Oscar for Best Foreign-language Film. We chatted to him at the fourth Sino-European Project Lab, hosted by the Bridging the Dragon producers’ association in Beijing from 11-14 November 2018, where he was tutoring a number of Chinese projects.

This is the first time you have attended a Sino-European event. What is your opinion of the Chinese projects that you were tutoring?
Stefan Ruzowitzky: I was really surprised to see that the Chinese projects actually reflect the same genres and perspectives that we have in our countries – from film experiments, through big mainstream titles, to critical social realism. I never had the feeling that I was in a completely different world. The stories are different, but the approach to them is similar.

According to what you heard at the Project Lab, what seem to be the main challenges inherent in Sino-European collaboration?
Co-productions between different countries always pose a similar problem: the risk of losing the authenticity of your story by adding additional elements in order to convince the audience in the other country. But a story is all about authenticity – the creation of something unique and meaningful. Investing effort in trying to succeed in both markets could lead to you not satisfying anyone. From personal experience, the focus should always be on making a strong film, without thinking too much about pleasing both audiences: paradoxically, like this, the movie might have a better chance of succeeding everywhere as a work of art.

You have just finished shooting an adaptation of Herman Hesse’s Narcissus and Goldmund [see the news]. Have the distributors attending the Project Lab shown any curiosity about the movie? Did you get the impression that content like this with such strong European roots could find an audience here?
Yes. The greater overarching philosophical ideas in a piece of world literature like Narcissus and Goldmund are universal: Hesse talks about making choices and finding your place in life, about friendship, love and the arts. Why should a Chinese audience not respond to that?

After this experience, can you see yourself getting involved in a production with China?
Yes – I’ve always loved a challenge!