Against all the odds, Baier’s resourcefulness and love of film finally won through. Mordant and mocking in its portrayal of contemptuous and wily critics, Another Man is impressively powerful and extraordinarily intelligent, dazzling viewers with its cinematic style and the force of its black and white images.

The film’s opening scene sets the tone. We are inside a car, in the middle of winter. The wipers are frozen and young François (Robin Harsch) tries in vain to clear away the thick layer of snow covering his windscreen. Alone, he is incapable of managing. Along with his partner Christine (Elodie Weber), François has just moved to a village in a remote Swiss mountain valley. Christine is a primary school teacher and François – who has just finished his studies – finds a job as a writer-editor for the local newspaper.

With no experience and no real passion for film, he has great difficulty writing the first film reviews for his assigned column. Until the day he discovers the film magazine Travelling – an allusion to the Cahiers du Cinéma. Blown away by the articles, he copies them word for word.

Feeling emboldened, François ventures along to the press screenings in the regional capital, Lausanne, where he meets the high priestess of film criticism (played by an outstanding Natacha Koutchoumov). Rosa – who is as seductive as she is manipulative – fascinates him. A relationship forms between the awestruck upstart and the disillusioned and pontificating “established hack”.

The film initially focuses on François, a young energetic, immature man in search of his identity. He discovers that cinema awakens in him previously unsuspected desires for prestige, privileges, glamour and sex and can help him escape an ordinary and monotonous existence. Once the ingredients have been assembled for a satire of the film criticism world, Another Man paints a scathing portrait of the milieu with contagious joy.

As was to be expected, Baier’s film caused a stir among Swiss critics. In defence of a profession that is healthy for the film industry, the director’s impertinence was wholeheartedly condemned by some. Others, on the contrary, praised his irreverence, as well as other aspects, for Another Man is more than just a critique of criticism. Themes such as deception, manipulation and ruthless ambition are universal.

Presented at the Locarno International Film Festival in 2008, Another Man has since done the rounds. Nominated for the Swiss Film Prize in March, it has already been released in Canada and hits French screens on May 6 (distributed by Epicentre Films).

more about: Another Man

After the East, the West

The filmmaker talks about the origins of Longwave and Swiss cinema(s) in general.

A team from a Swiss radio, composed of Valérie Donzelli, Patrick Lapp and Michel Vuillermoz find themselves at the heart of the Carnation Revolution in Portugal in 1974 by chance

From November 1-7, the 15th Cinéma Tous Ecrans Film Festival will try to blend cinema and television, whilst adding – in the name of modernity – a touch of multimedia creation and a hint of...

Producers Yves Gasser (Switzerland) and Marie-Laure Reyre (France) are involved in director Francis Reusser and screenwriter Jean-Claude Carrière’s project – which has been in the pipeline for two... 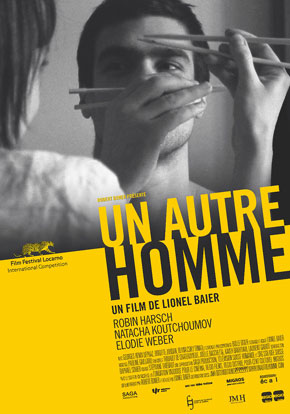