Huacho: Those left behind by modernity

"Sooner or later, we’ll all be happy. I’ll be freed from my shadow and my name". Read by a schoolmaster glimpsed in Huacho, these words seem to resonate in the debut feature by a director who chose to shoot near his native city of Chillán, in southern Chile. There, on a small farm in the middle of the countryside, lives or rather survives a family: an older couple, their daughter and their grandson.

Lulled by the birdsong and cockerel’s call, the day breaks. The four protagonists sit down at the breakfast table and the electricity blows. The same day unfolds from the four characters’ successive points of view, through to the evening, the dinner which reunites them again, the return of the electricity supply and nightfall.

Starring non-professional actors, Huacho explores at a gentle pace and with the utmost realistic detail the predictable end of a rural way of life: the grandmother makes cheeses using traditional methods and tries to sell them by the roadside (but the price of milk has increased), while the grandfather fences in a plot of land (but his old age slows him down) and tells stories about the past to which the rest of the family doesn’t listen.

The daughter cooks in a hostel for foreign tourists and has to return a dress that she has only just bought in order to pay the electricity bill. As for the young, dapper schoolboy, he spends his school day in town unsuccessfully pleading with one of his fellow students to let him play on his Portable PlayStation.

Playing on the contrast between traditions and modernity (mobile telephones, TV, video game arcades, department stores), between the rustic and city atmospheres, whilst pointing out the significant impact of money on simple lives, Fernández Almendras offers viewers a debut feature whose unaffected style and truthful qualities (in particular the naturalness of the actors) gradually gain depth, as time seems to slip away.

Produced by France’s Charivari Films and Chile’s Jirafa Films, Huacho was co-produced by Arte France Cinéma and Germany’s Pandora. French distribution will be managed by Sophie Dulac, while international sales are being handled by Films Distribution.

The titles in competition include Much Ado About Nothing and Belgica, through Arizona and Pyramide, and The Settlers, staged by Les Films du Poisson

To Kill a Man at Sundance for Arizona Productions

A line-up to warm frozen hearts

After a timid yet commercial July 14 (with just four new titles hitting theatres, including the latest Harry Potter instalment), German distributors are in a bolder mood this week, unleashing nine...

A flurry of French films is hitting screens today, with eight domestic productions and co-productions among the 12 new releases on this week’s line-up. Auteur film takes pride of place with...

This is Love to compete at San Sebastian

A total of eleven German (co)productions will screen at the 57th San Sebastian Film Festival, to be held this year from September 18-26. Matthias Glasner’s This is Love (Badlands Filmproduktion)...

Huacho: Those left behind by modernity 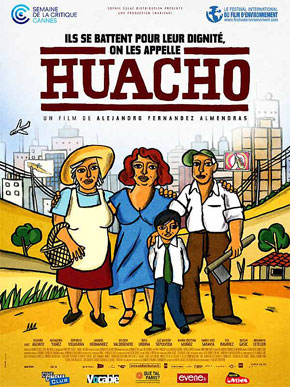 The 2021 Nordisk Panorama announces its winners

Green Film Shooting – 22/09/2021
The European Film Forum focuses on what we need (and what we have) in terms of green production
Professionals are asking for direct intervention from the institutions to establish green standards within the value chain, so that the audiovisual sector can lead the green shift