Coppola: Tetro, My Most Personal Film

Say no to screening out of competition in the Official Selection - “If I’m going to be at the festival at all, I want to be in competition” – and recoup with a bow in The Directors’ Fortnight section : it’s like saying you’ll happily forgo all the glamour and the glitter and opt for independence and restraint. And this is just what Francis Ford Coppola has done with Tetro [+see also:
trailer
film profile] - produced by American Zoetrope (his production company), BIM Distribuzione (Italy), Magik Media Entertainment (United States), and Tornasol Films (Spain). The result, far from the ‘major’ crowd, is a very personal film that throws the rivalries and conflicts of a family of Italian-Argentine emigrants into sharp relief.

The wholesome young man Bennie (Alden Ehrenreich) sets off for Buenos Aires to search for his older brother Tetro (Vincent Gallo), who had run away to seek his fortune years before, to get out from under his father’s thumb – his father being (Klaus Maria Brandauer), a famous conductor.

"In all my years as a filmmaker, this is only my third original screenplay, » the director says, « which makes it very important to me, since I’ve always given great weight to screenplays. In fact, for my film titles I have always insisted on 'Mario Puzo's The Godfather', or 'Bram Stoker's Dracula', attributing the true authorship of the film to the person who wrote the story, in the the hopes of one day being able to write "Coppola's film'".

Written while the director was editing Youth Without Youth [+see also:
trailer
film profile], for Coppola this film is a hymn to creative freedom, into which he has managed to inject much of his own life, while actually putting in none of it at all, as he admits when he declares, « Nothing you see in the film really happened, but it is all true».

Filmed in black and white for the scenes set in the present, and in colour for the flashbacks, Tetro was initially supposed to star Matt Dillon in the role of the main character, with Javier Bardem in the role of his mentor, but the latter role underwent a sex change when Bardem pulled out and was replaced by actress Carmen Maura instead.

ICAA allocates just under €30m for amortisation of films

The Institute of Film and Audiovisual Arts (ICAA) has announced the first selection of films to receive amortisation funding, which is by far the largest financial subsidy of all those granted by...

Over 500 films and 350 guests in 11 days: directors, actors, producers, distributors and sales agents from across the world are in attendance at the 10th Era New Horizons International Film...

Since its creation in 1983, the Munich International Film Festival has become the second most important film event in Germany after the Berlinale, with around 70,000 viewers, 2,500 professionals...

Independent UK distributor Soda Pictures has launched the £2m Soda Film Fund, which will enable the company to acquire bigger films for distribution and spend more on marketing campaigns. Under...

Cell 211 and Agora are major favourites for Goyas 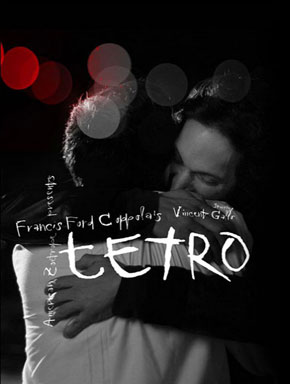