Poetry and passion are Jane Campion’s fellow travellers: the acclaimed director and screenwriter from New Zealand was discovered over 20 years ago by a selector for Cannes, the veteran Pierre Rissient, and walked away with the Palme d'Or in 1993 for the film that made her world-famous, The Piano.

In her last film, the erotic thriller In the Cut (2003), rightly despised by the critics, the English teacher played by Meg Ryan was enamoured of writing; poems materialised on Post-it notes stuck all over her apartment, and even turned up inside subway cars. Stepping back in time, to the England of 1818, in Bright Star [+see also:
trailer
film profile] (in Competition) Jane Campion immerses herself in the passionate love story between fashion student Fanny Brawne and a 23-year-old romantic poet, none other than John Keats. Like Ada/Holly Hunter in The Piano, a woman of the Victorian Age, unable to take charge of her own life due to the stranglehold of conventions in that era, Fanny Brawne must also overcome prejudices and obstacles (her family and Brown, the poet’s friend and guardian) in order to enjoy a short season of true intimacy with this extraordinarily gifted young man (who was completely misunderstood at the time).

Their love, which unfolds under Campion’s masterly, Ivory-esque direction (James Ivory, that is), is doomed to be cut short by the premature death of the melancholic creator of “Ode to a Nightingale”.

Enthralled by the great poet’s aesthetics, Jane Campion gives this film an unusual formal treatment, relying on the verses and the faces of the two starring actors Abbie Cornish and Ben Whishaw (Perfume: The Story of a Murderer). The narrative power of the Anglo-French co-production Bright Star, therefore, doesn’t come close to that of The Portrait of a Lady starring Nicole Kidman (1996), but nevertheless leaves viewers with the elegance and enchantment of a genuine love story, which is an achievement in its own right, considering that the filmgoing public is more and more inured to the lowest common denominator. "A thing of beauty is a joy for ever", Keats avowed in the celebrated opening line of "Endymion"; it is a lesson that will hopefully be applied to cinema as well, for a long time to come.

Emily Beecham, Ben Whishaw and Kerry Fox star in the first English-language film by the Austrian director. A Coop 99 and The Bureau production, sold by Coproduction Office

Baghdad In My Shadow by Samir in production

The Iraqi director, who has been based in Switzerland for years now, is back showing us the country he was born in, but this time through the medium of fiction

The filmmaker, producer and screenwriter from New Zealand will head the jury of the 67th edition (May 14 – 25, 2014) of the very famous festival

Seghatchian quits to return to filmmaking 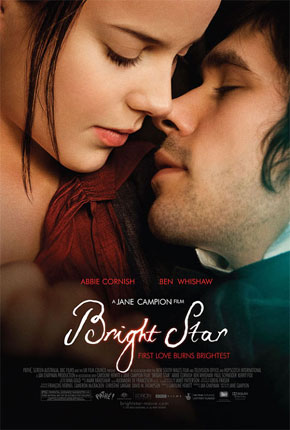