Between parallel worlds in Don’t Look Back

Plunging into the depths of schizophrenia, Marina de Van’s Don’t Look Back [+see also:
trailer
film profile] screened before the press at the 62nd Cannes Film Festival at midday today, ahead of its Midnight Screening as part of the Official Selection.

"It’s like a picture which conceals another. When you’ve managed to make out the first one, you can no longer see the other": this medical explanation offered to Jeanne at the psychiatric emergency ward sums up the mysterious plot in Don’t Look Back. Co-written by De Van and Jacques Akchoti, the film centres on a Parisian woman (Marceau) whose perception of everyday life is gradually but radically transformed.

This process resembles a waking nightmare and starts with details (the apartment’s layout and decoration are no longer as she remembers or thinks she remembers; her memory of places goes haywire…) before profoundly affecting her identity (her mother, husband and two children become different people before her eyes) and culminating in a disturbing physical metamorphosis: Bellucci’s facial features gradually replace those of Marceau.

This transformation is accompanied by the protagonist’s increasingly tense relations with those around her ("Are you mad?") and leads to a tentative investigation into a childhood secret: at the age of eight, she suffered an accident in Italy, which was followed by total amnesia.

With its reflections of bodily fragments, walls strewn with photos, the oppressive atmosphere of yellowish interiors, the white light of the scenes shot on location, physical distortions and ghostly apparitions, Don’t Look Back plays on the uneasiness and anxiety characteristic of genre film. Beneath the surface, the film is also a methodical exploration of mental illness and the symbol of the double.

Maintaining a balance between irrational and rational, thanks to its sophisticated directorial style (which never seeks to be kind on the eye), the film confirms De Van’s penchant for strangeness, as demonstrated in her debut feature (In My Skin [+see also:
trailer
film profile]), and stands out due to its spectacular special effects, as Marceau and Bellucci morph into one face with two souls.

Produced by Agat Films & Ex Nihilo and Wild Bunch (who will release the film in France on June 3 and handle international sales), Don’t Look Back was co-produced by Samsa Film, Entre Chien et Loup, Studio Urania, Les Ateliers de Baere and RTBF, with backing from Eurimages, the French Community of Belgium and Canal +.

more about: Don't Look Back

At the end of next January, the six-week shoot will start on the French/Irish/Swedish co-production Dark Touch by Marina De Van (pictured). For this nail-biting horror film, the director has cast...

At its 117th meeting, held from December 14-16 in Paris, the management committee of the European Council’s Eurimages fund granted a total of €4,770,000 in co-production funding for 13 features....

Celebrating its 10th anniversary, the 2009 French Film Party is more ambitious than ever. Once a mere selection of avant-premieres in Portugal, the Party now offers more films, more guests, a new...

Two years after the first instalment, the Catalonian town of Sitges lived through another night of horror thanks to [REC]2, which yesterday opened the 42nd Catalonia International Fantasy Film...

The 16th Oldenburg International Film Festival (September 16-20) closed yesterday after hosting over 15,000 viewers and showing 76 films from 20 countries in its ten sections. At the closing...

Winner of the Leopard for Best Debut Film at Locarno 2006 for The Year After, Isabelle Czajka started shooting in mid-August in Ile-de-France on her second feature, D'amour et D'eau Fraîche (“Love...

Regional backing for Don’t Look Back 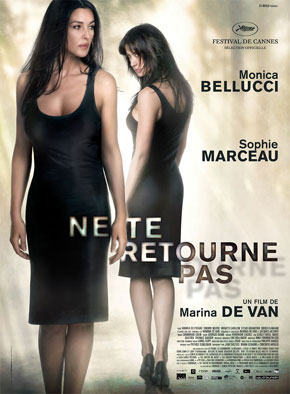