Veteran Cavalier and the memory of Irene

"Will the film I’m working on turn out well in the end or implode?" When experienced, 77-year-old director Alain Cavalier, who won the Jury Prize at Cannes in 1986 and participated in competition in 1993, asks himself this question, he has just fallen on screen with his tiny camera on a Parisian escalator and presents his swollen face before the lens.

But not only does Irene [+see also:
trailer
film profile] make it as far as the Un Certain Regard section, where it screened in official selection at the 62nd Cannes Film Festival yesterday, but the film turns out to be an astonishing work, drawing on the best tradition of minimalist and intimate documentary film, which explores feelings and memories and goes right to the heart of its moving subject.

Directed in collaboration with Françoise Widhoff, Irene looks back at a painful event in Cavalier’s past, the death of his girlfriend in a car accident in early 1972 ("like lightning, she was lost forever", "I cried out and then collapsed"). Delving into his detailed diary of the time ("the inspiration, substance and, at the same time, danger of these notebooks is Irene"), the director describes a woman who vainly pursued happiness, a love affair with highs and lows and the passage of time that fails to heal wounds. He reveals innermost secrets, as well as the craftsman-like and lonely production of his film.

From the house where he learned of Irene’s death to anonymous hotel rooms, from the young woman’s native city of Lyon to the director’s current home, Cavalier’s camera movements are as discreet as his sense for meaningful images is outstanding. These images are accompanied by a captivating voice-off, which recounts anecdotes from the months preceding Irene’s death.

Plunging deeper and deeper into the intimate, without shying away from the darkest sides of his life in a couple ("I take the boat to the other side and I reach the realm of shadows"), the filmmaker weaves a cinematic kaleidoscope which gradually takes shape, from photos to paintings, from movie theatre toilets to a deserted chateau, from the sea to the countryside, from mirrors to drawers.

Given his modest technical equipment, he pulls off a cinematic feat by inventing with great simplicity and formidable success some very evocative scenes (a watermelon and an egg to describe childbirth by forceps; a frame reflected in three petanque balls). Moreover, Irene lacks neither humour (Cavalier speaks to a poster of Sophie Marceau), nor dramatic confessions ("today, I ask you to forgive me"). It is an unusual work which, following Le filmeur [+see also:
trailer
film profile] (“The Filmer”, 2005), continues the director’s very personal work on memory, worthy of being shown in all film schools.

Produced by Camera One, Irene was co-produced by Pyramide (who are handling domestic distribution and international sales) and Arte France Cinéma. The title received pre-sales from Canal + and Ciné Cinéma.

CANNES 2019: In his characteristic style of a filmed private diary, Alain Cavalier puts his name to a subtle, sensitive and moving documentary which pays tribute to Emmanuèle Bernheim

The director’s new documentary is a tribute to the late Emmanuèle Bernheim, who is at the core of this Camera One-produced film being sold by Pathé

Veteran director Alain Cavalier has made an astonishing political film where truth and fiction merge. A cinematic experiment unveiled in competition at the Cannes Film Festival 2011.

Following in the footsteps of his latest experiments (Le Filmeur and Irene), Alain Cavalier has unveiled Pater in Competition at Cannes. The director has, however, widened his introspective and...

Originality, radicalism and artistic intransigence characterise the three French directors in the race for the Palme d’Or (see news) at the 64th Cannes Film Festival (May 11-22, 2011). Twice...

With major names in documentary film and distinguished guests, the 16th Visions du Réel Festival (April 15-21), the “Croisette of documentaries”, opens today. This edition will be marked by the...

A coveted prize and benchmark of high cinematic quality, the Louis-Delluc Award will be presented on December 11 by a jury of around 20 film critics and personalities presided by Gilles Jacob....

"All the attention is focused on a few films"

Jeunet and Boon set out to conquer audiences with Micmacs 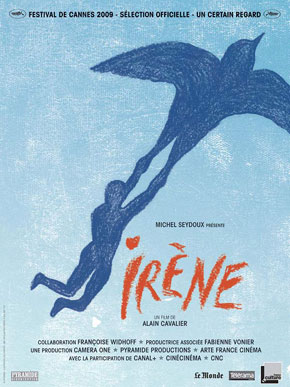