19/05/2009 - True to his penchant for social realism in film, Loach turns out a working man’s fairy tale this time around, with an optimistic take that fans the flame of solidarity and friendship

Remember the Humphrey Bogart who "appeared" to Woody Allen in Play It Again, Sam, offering him tips on what to do and what not to do to get the girl? Ken Loach takes the idea and runs with it in his Looking for Eric [+see also:
trailer
interview: Cannes 2009
Ken Loach
interview: Steve Evets - actor
film profile], in competition at the Cannes Film Festival, recycling another “legend”, soccer champ Eric Cantona, who materialises in the shabby bedroom of a sorely disheartened Manchester postman, and offers to be his personal existential trainer.

Eric the postman (Steve Evets, a television actor unknown outside Albion) is an adoring fan of the former footballer from Marseilles, one of the key players in the rebirth of Manchester United in the 90s. Eric may be an honest man, generous to a fault, and well-loved by colleagues and friends alike, but his life is on a downhill slide. As if a divorce that saddled him with two teenage stepchildren to look after weren’t enough, it’s something that happened thirty years before that’s still eating him. He’d married Lily, who was only twenty, and walked out on her as soon as their daughter was born.

Now that baby has grown into a young woman, and has made Eric a grandfather. With the newborn to tie him to Lily, Eric tries to put the pieces of a shattered relationship back together but fresh problems are just around the corner.

The audience at the press screening this morning gave practically a standing ovation to this twentieth feature by the politically engaged filmmaker, erupting into laughter and applause at the funniest lines and scenes. What particularly wowed them were the duets between the two Erics, the postman and the living legend, during which Cantona treats his fan to hilarious pearls of wisdom by way of undecipherable French proverbs improbably translated into English.

But Looking for Eric is more than just a comedy. True to his penchant for social realism in film, Loach turns out a working man’s fairy tale this time around, with an optimistic take that fans the flame of solidarity and friendship as two inalienable values – a flame that seems to have grown fainter and fainter of late.

The idea for a film about a one-to-one relationship between a soccer champion and his fan came from Cantona himself, who with the film’s French co-producers Pascal Cauchetex and Vincent Maraval decided that the director had to be English. The meeting between producer Rebecca O'Brien and Loach led straight to the screenplay, developed by the director's usual collaborator, Paul Laverty.

Italy, Belgium, and Spain also came on board to launch a project that would strike a common chord the world over, emotional impact guaranteed. “Going to a football match”, says Ken Loach, “is a social event. You always see the same large group of people, made up of individuals very different from each other, and all you have in common is the fact that you root for the same team”.

more about: Looking for Eric

British actor Steve Evets encourages the production of low-budget films which, like The Blair Witch Project, may turn into box-office hits

True to his penchant for social realism in film, Loach turns out a working man’s fairy tale this time around, with an optimistic take that fans the flame of solidarity and friendship

“Put a smile on our faces”

Why Brexit is bad news for British film exports 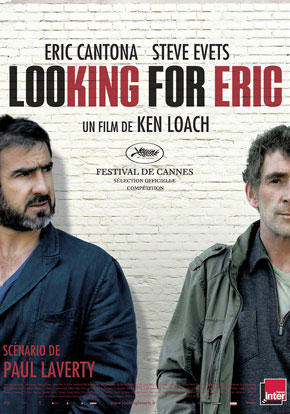