Lies spiral out of control for Cluzet in In the Beginning

"A road is always the beginning of a story and I hope that this second chance will be the right one": this short speech given by a councillor, one of the protagonists in Xavier Giannoli’s In the Beginning [+see also:
trailer
film profile], presented in competition today at the 62nd Cannes Film Festival, sheds more than a little light on the plot developed by the director: the desperate attempt at rebuilding the life of a man shattered by prison and the economy of a small, impoverished town.

This human and social drama offers François Cluzet, who won a Cesar in 2007 for Tell No One [+see also:
trailer
film profile], another difficult role worthy of his immense talent.

The setting is northern France, a region hard hit by outsourcing and unemployment, with a darkened collective and individual future. Paul, a pathetic crook (television theft, misappropriation of small machine tools) is nevertheless about to change this situation dramatically.

This tortured soul, recently released from prison, rejected by his wife and former acquaintances, wanders alone from hotel to hotel. But a motorway construction site, abandoned two years previously, catapults him into a spiral of deception with far-reaching repercussions.

Drawn, almost despite himself, into the role of a fictitious construction manager by local suppliers eager to revive their languishing business activities, Paul initially savours the corruption before becoming passionately involved in a project that gives new meaning to his life, loves and friendships, and his sense of belonging to a community.

But everything rests on hot air alone and the net begins to tighten, while the construction site takes on huge proportions (bogus company, massive recruitment, bank debts …) and Paul’s new social life plunges him into a lie which awakens his conscience whilst trapping him further every day.

Attempting to fit three films into one (the fraud strand, the theme of one man’s redemption and the social analysis),Giannoli only partially succeeds. The scale of his ambition means he has to sacrifice somewhat the psychological depth of the secondary characters (played by Emmanuelle Devos, Stéphanie Sokolinski, Vincent Rottiers and Gérard Depardieu). However, the director accurately portrays the driving forces of local life (businessmen, politicians, financial establishments) in these economically-troubled areas, where one spark alone brings new hope and revives an entire town.

Rather classic in its visual style, In the Beginning also skilfully immerses viewers in daily life on a large building site, where the flurry of workers and machines often comes down to a joint battle against the elements (such as rain and mud). This battle also mirrors the inner struggle of the character played by an outstanding Cluzet, whose hesitations (should he run away or face up to his responsibilities, bury himself away or love, deceive or help) crystallise around the heart of a lie, where he discovers a core of truth that makes him feel like a man again, beyond all appearances.

more about: In the Beginning

Xavier Giannoli plunges Vincent Lindon into a captivating canonical inquiry about a supernatural phenomenon and its messenger, played by Galatea Bellugi

An investigative journalist participates in a canonical investigation. Filming is about to begin on this Curiosa Films production, which is being sold by Memento

The actress is set to begin shooting for Tonie Marshall’s new film, a Tabo Tabo production, co-produced by Versus and sold by Pyramide

"We all need a bit of illusion in our lives"

A glittering cast for The Dancer by Stéphanie Di Giusto

Marguerite: A voice that will tear you apart 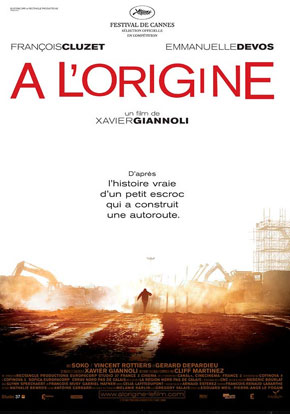