Four years after Gabrielle [+see also:
film review
trailer
film profile], which earned its star Isabelle Huppert a Special Golden Lion Award, Patrice Chéreau returns to competition at Venice with Persecution [+see also:
trailer
film profile]. Although it doesn’t repeat the miracle of the director’s masterpiece, His Brother, the film nonetheless makes up for some of its excessive intellectualism with a few painful passages of great intensity.

Indeed, pain is at the centre of the film. Daniel, played by Romain Duris, a serious contender for the Volpi Cup, suffers. People tell him "you have everything at your fingertips": starting with a well-paid job (in property renovation) and Sonia (an impeccably understated Charlotte Gainsbourg), the woman he loves, and who loves him in return. But despite all this, Daniel "has the nasty expression" of someone who is angry at the world.

He is a feverish tangle of tension, rage and resentment, even if Daniel isn’t a bad person, and every week visits the residents of a retirement home, perhaps in order to atone for a past wrongdoing.

At first glance, he really would appear to be the persecuted one, for a madman (Jean Hugues Anglade) enters the house he is renovating, sleeps naked in the bed he considers his and declares love to him. But what if Daniel, more or less unconsciously, was instead the persecutor? Of Sonia, for example, who is forced to endure a difficult and stormy relationship, given that he "can’t love without fear".

Through the dense and lengthy dialogues by co-screenwriter Anne-Louis Trividic (for whom this is her fourth collaboration with the director), Chéreau paints the portrait of a man who finds a safe haven in his own pain, divided as he is – in Duris’ own words – "between the desire to give love, and the inability to understand the love he is given".

This problematic, dual character is in constant construction (in terms of his identity and relationship with others), like the building sites where he works. And this multi-faceted and changing psychology is at the heart of the film: it’s a shame that Chéreau – who elsewhere has described complex male psychologies, far removed from stereotypes – doesn’t always avoid the risk of a cerebral construction that appeals more to the head than the heart.

But there are a few undeniably captivating moments (for instance the scene of the motorbike accident, a revelatory episode full of symbolism) and neither is there any doubt about Chéreau’s talent for imagery (the elegant cinematography, often involving night scenes, is by Yves Cape, who also worked on Claire Denis’ Venice contender White Material [+see also:
film review
trailer
film profile]). Equally impressive is the intense ending, which is both dramatic and open to hope, where the broken embraces of the protagonists fade away to the heart-wrenching sound of Mysteries of Love, by Antony and the Johnsons.

Produced by Move Movie, in co-production with Arte France Cinema and Mars Films, Persecution is being sold internationally by MK2.

Vincent Cassel is Gauguin in Tahiti

The actor is currently shooting for Edouard Deluc’s film, in which he will portray the famous artist, a Move Movie production, co-produced by StudioCanal and Cohen Media Group

The famous theatre, opera and cinema director, winner in Berlin and rewarded in Cannes, died yesterday in Paris, at the age of 68

Lolita Chammah, Benjamin Biolay and Félix Moati shine in the cast of this Ecce Films production

On August 8, the filmmaker will start shooting her second feature to star Sara Forestier, Adèle Haenel, and François Damiens

Rouve in noir film The Law of Violence

Shooting kicks off today on French/Belgian co-production The Law of Violence, the debut feature by Pierre Lacan. This detective film, described as very noir, stars Jean-Paul Rouve (who has just...

Sold by Kinology to almost all territories across the world, Pascal Chaumeil’s Heartbreaker (see news), which will be launched in French theatres tomorrow by Universal, has sparked enthusiasm from...

With 13 nominations, Jacques Audiard’s A Prophet dominates the list of nominees for the 2010 Césars, to be awarded on February 27. Next in line are Xavier Giannoli’s In the Beginning (11...

A sensible lawyer and a suitcase full of cocaine in Borderline 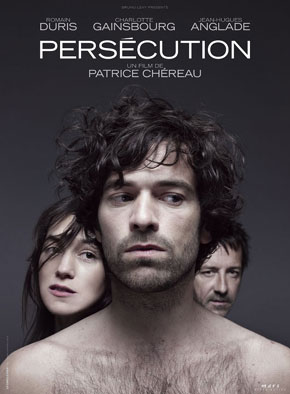