Pierre (Isaïe Sultan) is a 17-year-old teen who prefers to hang out with his aunt Nadia (Dalle), a mathematician, rather than with his peers. They often go for walks in the nearby park.

But Nadia loves a drink or two, and doesn’t know when to stop. Pierre, who is slowly discovering his sexuality, would like to help her but is unequipped for what lies ahead. And is it really possible to save someone who doesn’t want to be saved?

Though a very calm film on the surface, Chiha packs in a lot of ideas. In the opening scene, one of the main points of discussion are some of the ideas of Austrian-American mathematician Kurt Gödel, and mathematics and the ordered universe they represent are an important part of the film’s meaning. There is more than a little irony in the fact that Nadia, a mathematician, should lose herself in drink.

Though the film is a tad long and not consistently develops all of its ideas (captions that explain the passing of time are shown in the beginning and then mysterious disappear), this is an impressive, ambitious debut for Chiha.

The acting from Dalle is also strong, and young Sultan is more than her equal.

Domaine was produced by Charlotte Vincent for French outfit Aurora Films and co-produced by Ebba Sinzinger for Vienna-based Wildart Film. The film also received an advance on receipts from the National Film Centre (CNC) as well as the Aquitaine Region and two regional Austrian funds (the film was shot on location in Bordeaux and rural Austria).

Boys Like Us: Three Parisians lost in the Austrian mountains

Discovered in 2009 at the Venice International Critics’ Week, Patric Chiha is now in post-production putting the finishing touches to his second feature, an Aurora Films production

A coveted prize and benchmark of high cinematic quality, the Louis-Delluc Award will be presented on December 17 by a jury of film critics and personalities presided by Gilles Jacob. This year,...

Debut features hold their own with Eight Times Up, Domaine

The new releases hitting French theatres today offer a fine illustration of the diversity of French production. Alongside Luc Besson’s mega-production The Extraordinary Adventures of Adèle...

Kicking off today is the 22nd Premiers Plans Film Festival in Angers (January 22-31), a showcase of the best of young European cinema. Nine titles will vie for honours in the European debut...

French diva Béatrice Dalle stars as an alcoholic aunt in Domaine, the strong feature debut of French director of Austrian origins, Patric Chiha. The film is part of the Critics’ Week selection of...

French international sellers will arrive in force tomorrow on the Lido for the opening of the 66th Venice Film Festival, with line-ups including 11 of the 23 titles in competition. MK2 is handling... 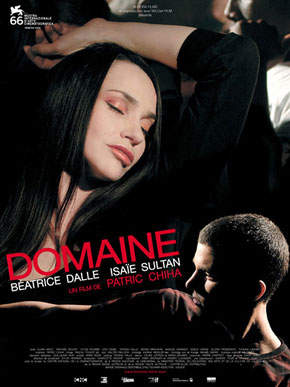