The story follows three people whose destinies intertwine in the visiting room of prison. Zorah (Farida Rahouadj), an elderly Algerian woman, wants to meet her son’s murderer. The teenage Laure (Pauline Etienne) falls for a young hoodlum (Vincent Rottiers), who gets thrown into jail. Stéphane (Reda Kateb), hard-pressed for cash, is offered money to switch places with a prisoner.

The idea for Silent Voices came from Fehner’s work over the years with associations that aid prisoners’ families. Thus, the director has given voice to those who are rarely heard. She told audience at the film’s Q&A: “No one understands that for many who haven’t done anything – inmates’ families – prison and the visiting room are nevertheless an everyday reality.”

The film’s structure works on multiple levels, paradoxically bringing a series of lonely and isolated people together – all of whom are all struggling to find serenity and a place in the world – in a setting of obvious division. To Fehner, the visiting room of a jail “is a ‘border’ place, which distinctly separates the inside from the outside world. It is all about limits.” Yet the directly adeptly shows that this division and these limits are present within each individual, free or incarcerated.

In her complex film, Fehner also touches upon the universal problem of the prison system. “It’s like with embers,” she explained. “The smallest spark can make them burst into flames. Violence and desperation can explode at any moment if not addressed.” In particular, she says, no one in France wants to speak of the high suicide rate among prisoners who are further divided from the outside world, from the visiting room, when placed in solitary confinement.

Silent Voices shares an actor with another Venice Days title, I’m Glad That My Mother Is Alive [+see also:
trailer
film profile]: Vincent Rottiers. Meant to a play a character that is lighter, more comical than the rest, Rottiers apparently had difficulty infusing Alexandre with enough levity. Instead, what emerges is a wounded soul, and another profound performance from an extremely talented actor sure to have a strong career ahead of him.

Finished only days before the Venice Film Festival, Silent Voices was produced for €1.4m by Rezo Films, which is also handling world sales. It will be released in France at the end of November.

The winner of the Audience Award at Rotterdam, the director’s remarkable and galvanising second feature film hits French theatres today, under the distribution of Pyramide

The actress is starring in the feature debut by Paul Calori and Kostia Testud, produced by Loin derrière L'Oural and set to be sold by Films Boutique

Soko and Ariane Labed topline this Archipel 35 production, co-produced by Greek outfit Blonde and set to be sold by Films Distribution

Emergence: The last clapperboard slams for the winners of the 17th session

The session for the feature-debut projects by Emilie Noblet, Vincent Vivioz, Lucas Bernard, Liova Jedlicki, Julien Guetta and Nicolas Maury has come to an end

The rising star joins Léa Drucker in the cast of Gilles Bannier’s feature debut, produced by Legato Films and sold by EuropaCorp

Call for applications for Emergence 2015 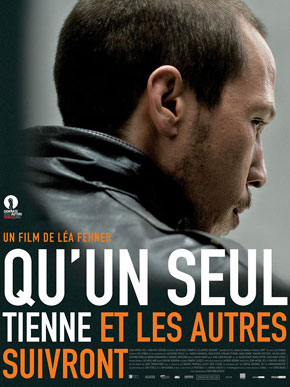