Katalin Varga [+see also:
trailer
Interview Peter Strickland - Director …
film profile], by Greek-born UK director Peter Strickland, was presented in competition this year in Berlin. Recounting a tragedy of universal significance about revenge and sin, the director said he could have shot the film anywhere, but chose to set it in "the magnificent landscapes" of Hungarian Transylvania, close to the Romanian border.

Visually, Katalin Varga recalls the painterly, bucolic scenes of rural Hungary in Miklós Jancsó’s Red Psalm of 1972. This is accentuated by the film’s unfolding to the sound of Hungarian and Romanian folk songs that are kept deliberately short (following the example of Bresson, according to Strickland) so as not to distract viewers from the characters’ emotions, which are repressed but strong.

In order to pay tribute to the beauty of nature, Strickland has, however, composed an original soundtrack made up of carefully selected non-indigenous sound effects that take precedence over the rather sparse dialogue.

Silence plays a central role in the plot. At the start of the film, Katalin Varga (Hilda Péter) is banished from her village because she has hidden her son Orban’s illegitimacy from her husband. Accompanied by her child and the grace of God, whom she prays will help her, she then sets out to avenge the two men who have irreversibly tarnished her existence: Antal the rapist (Tibor Pálfy) and the friend who did nothing to stop him. When she asks the way, she is advised against going "over there", for the path she metaphorically takes is that of hell.

The sin committed by the men she pursues turns her too into a liar and murderer. She punishes the friend in a chaotic scene of burning flames filmed by a rapidly-moving camera. When she then stays at the house of Antal – whose kind wife says he is a good man and laments the "curse" that prevents them from having children – revenge strikes both of them in an unexpected way.

Before the surprisingly timid and politically correct reactions from journalists during the press conférence in Berlin, Strickland rejected any Manichean separation between the good and bad characters. He wanted to return, in a rather traditional way, to the theme of the vicious cycle of suffering and revenge against a backdrop of guilt and divine injustice.

The good woman therefore ends up committing a grave sin for which she too must pay. Meanwhile, the rapist – who also has a heavy cross to bear – seems to have redeemed himself. The film’s beauty resides precisely in this balance.

The portrait of a man who always knew he would make films. Even if to do so he would have to challenge the traditional filmmaking process

SAN SEBASTIÁN 2018: Peter Strickland shows a great sense of humour in this tale of consumerism, fetishism – and a killer dress!

Matt Palmer infuses fresh impetus into a timeless formula for his first film, awarded with the Michael Powell Award for Best British Feature Film at Edinburgh

Balazs Lengyel shooting Lajkó, the Gypsy who went to space

The filmmaker is directing his first feature film, a satire set at the height of the Cold War, starring Tamas Keresztes and produced by KMH Film

Cineuropa spoke to Memento Films International's Tanja Meissner: focus on the line-up and international sales strategy of the French company a few days before the European Film Market

KARLOVY VARY 2015: Florin Şerban explores the similitude between theatre and boxing with this touching love story

The Duke of Burgundy: The corset and the butterfly

Inventive British director Peter Strickland establishes himself as a creator of cinematic delicacies with this impenetrable, sensual and enigmatic study of emotional detours 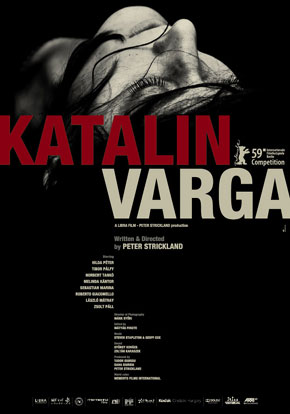