Loosely based on the Rose Tremain’s short story “Moth”, Ricky centres on Katie (Alexandra Lamy), a single mother who divides her time between daughter Lisa (Mélusine Mayance) and her hard factory job. Then she falls in love with co-worker Paco (Sergi Lopez) and they have a child, Ricky.

Until that point, the film realistically presents poverty, degradation and daily struggles, but becomes decidedly surreal when the baby sprouts two chicken wings that are a bit horrifying. The child, and the film, thus take a more poetic turn that skirts the delicate balance between realism and fantasy, chronicle and metaphor, satire and dreamlike symbolism, such as when sensationalism-starved journalists swoop down upon the family in order to immortalise the winged phenomenon.

Through this strange story, Ozon actually wanted to explore maternity but, he says, "in a way that was different than in one of my first films, See the Sea. In that film, two aspects of the maternal instinct were told through two different women: the good mother and the 'monstrous' mother. In Ricky, those elements are found in the same mother, Katie, and we follow the complex evolution of her impulses.”

Released in France in February, Ricky will be distributed in Italy by Teodora on October 9.

Alexandra Lamy and Philippe Katerine topline this production staged by 24 25 Films, which is being sold overseas by Charades

The cast of the cartoonist's debut feature film is led by Alexandra Lamy and Finnegan Oldfield. Production by Pyramide and Bac

Marc Zinga, Alexandra Lamy and Louane Emera are among the cast of this film that pays tribute to resistance fighter Addi Bâ; the movie is being staged by Vertigo Productions

Filming for Nathalie Marchak’s feature debut, produced by Les Films d’Ici and set to be sold by Other Angle Pictures, is currently under way in Morocco 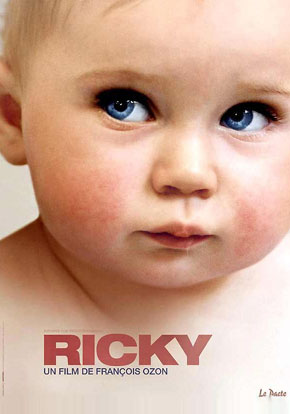