After setting his story of Cossack violence “somewhere to the East,” in his first feature Horse Thieves, Belgian filmmaker Micha Wald returns to the land of his ancestors, the Ukraine, once again in his second feature Simon Konianski [+see also:
trailer
interview: Micha Wald, director of Sim…
film profile]. It premiered at the Rome Film Festival as part of the Extra section.

Set in present-day Belgium and quite a few countries to the East of Belgium, Wald immediately sets the tone for this Jewish dysfunctional family comedy, which relies to an unhealthy extent on clichés and caricatures.

The titular protagonist is 35-year-old Simon (Jonathan Zaccaï), who is unemployed and has been forced to move in again with his aging and grumbling father, Ernest (Popeck). The latter consults his rabbi on how to get rid of his couch potato son as quickly as possible, and one of the words of advice the religious man gives is “piss in the sink”.

Though his sketch of the neuroses of a Jewish family still struggling with what happened in WWII is trite (though, at times, quite funny), Wald is more successful in depicting the general father-son relationships in the film. He effectively mirrors Simon’s relationship with Ernest with that of Simon with his own offspring, six-year-old Hadrien, whose mother is a fiery Spanish dancer (another cliché).

The film is made up of two clear halves. The first part concentrates on the battlefield that is Ernest’s home, where Simon has moved in and Ernest’s just as neurotic siblings also often hang out. The second part sends everyone on a road trip to the Ukraine, where one of the characters has to be buried. The tone becomes slightly more serious, aided by a stone-faced performance from Zaccaï, but the two halves never quite gel.

The film was produced by Belgian outfit Versus Production, in co-production Walloon TV station RTBF and with the French of Haut et Court and the Canadians of Forum Film. International sales are handled by Films Distribution in Paris.

In 2010, Mariusz Wlodarski founded Lava Films, which recently produced The Here After, which will be presented at Cannes as part of the Directors’ Fortnight

5th market of Rome Film Fest set to kick off

With 141 films, of which 40 market premieres, for over 770 buyers, sellers and accredited professionals, Thursday, October 28 will see the start of the fifth edition of The Business Street...

Between two tidal waves of blockbusters, and before the deluge of Christmas films, Belgian theatres this week welcome various productions offering different perspectives. First on the line-up is... 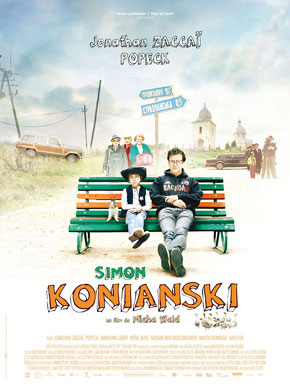