Moon: A space odyssey with a contract

When you have an icon such as David Bowie for a father, showing the world you have an original artistic identity independent of family ties cannot be simple. Yet the creative talents of young director Duncan Jones, or Zowie Bowie if you prefer, are winning over audiences and critics throughout Europe and his film Moon [+see also:
trailer
film profile] continues to gather acclaim and awards.

Having premiered at Sundance last winter, and after playing over 20 festivals worldwide, yesterday Moon made its Portuguese premiere to a packed at the Estoril Film Festival, which will wrap next Saturday with, among other prizes, the Cineuropa Award for Best European Film.

Sam Bell (Sam Rockwell) is at the end of his mission on Selene, the lunar base on which he has worked for three years in total solitude (with the exception of Gerty, his talking computer with a mechanical arm which expresses itself through smiley faces). He has been working diligently to extract Helium 3, a precious gas that can resolve the Earth’s energy crisis.

Sam’s three-year contract with the Lunar company is up in two weeks, when he will be able to return to his wife Tess and daughter Eve, with whom he’s only been able to communicate via video messages in these years.

But while on an excursion outside Selene, Sam catches a glimpse of a man. He thus discovers not only that he’s not alone but, worse, that the other man is his clone. After an inevitable initial aversion towards one another, the two Sams come to realise they are victims of an enormous set-up and that they are clones of other clones of the first Sam, who came to Selene years ago and probably never made it back home.

Sam is a pawn masterfully manipulated by the Lunar company to carry on the delicate work without losing any profit, and his life has been scripted for years to guarantee him the certainties necessary to keep going, assigning him an identity, a family, a past and a future.

Full of references to the great sci-fi films of the 1970s and 80s, and with a nod to The Truman Show, Moon is halfway between science fiction and comedy. It paints a portrait of a solitary, modern (or science fiction) worker destined to a tragic fate.

Produced by Liberty Film UK and Xingu Films, Moon – which has already been released in various European countries (including the UK, Spain, Holland and Greece) – will come out this Wednesday in Belgium (Kinepolis Film Distribution), Thursday in Portugal (Castello Lopes) and by the end of the year in Italy (on December 14 through Sony Pictures) and Estonia (December 11).

Macedonia sends The Liberation of Skopje to the Oscars

The Second World War epic, the directorial debut of famous actor Rade Šerbedžija, will represent Macedonia at the Academy Awards

Cristóbal Arteaga’s debut work, premiered at Gijón, deals with the existential loss of direction in the stunning landscape of Galicia 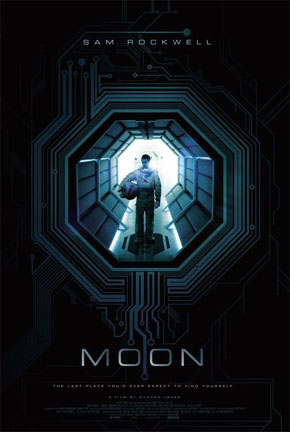