De Matteo’s Beautiful People are anything but at Turin fest

The characters of the ironically titled second feature film by Ivano De Matteo, La Bella Gente (“The Beautiful People”) – in the Festa Mobile sidebar of the Turin Film Festival – are anything but pretty. Yet they act like specimens of solidarity, progressive champions of the less fortunate.

On a small country road, Susanna (Monica Guerritore), a socially active, feminist psychologist, spots a young Ukrainian prostitute, Nadja (Victoria Larchenko), who has been beaten up by her pimp. Deeply upset, she asks her architect husband Alfredo (Antonio Catania) to so something. A liberal like his wife, the mild-mannered man cannot refuse. He helps Nadja into their car and takes her back to their villa, where the couple “adopts” and showers her with attention.

Until their son Giulio (Elio Germano, who appeared in the director’s debut feature, Ultimo Stadio) arrives with his radical chic girlfriend in tow. When the young man starts showing interest in Nadja, things start going downhill. It’s fine to be tolerant, but, as the matronly Iaia Forte, their vulgar, nouveau riche neighbour, points out, Nadja “is still a whore”. And so Giulio, who initially passes himself off as a knight in shining armour, pulls away: like parents, like son.

The depiction of this progressive, empty and hypocritical middle class wants to be ruthless, and certainly no one – except for the blameless Nadja – is spared a sermon. Nor could it be otherwise, since any conciliatory temptation would have clashed with De Matteo “theorem” (any reference to Pasolini’s classic is purely coincidental).

The problem, however, as often happens to “issue films”, is that the desire to prove something prevails over the ability to depict it, and subsequently the issue swallows up the film, suffocating the story (written by Valentina Ferlan) and characters.

Produced by X Film with Solaris, with funding from the MiBAC, La Bella Gente (which previously won the Annecy Cinéma Italien Festival – see news – and a special mention from the jury at Villerupt) was today picked up for Italian distribution by RAI Cinema.

Review: Guests in the Villa

Ivano De Matteo’s latest film poses yet another ethical dilemma, asking where we draw the line with self-defence

The initiative, now in its sixth year, re-launches a selection of quality Italian titles penalised by distribution, to promote and distribute them right across Italy

La vita possibile: Being reborn after a period of violence

Ivano De Matteo is back with a story of a family in trouble, but this time he turns his attention to feelings and hope. An Italian-French co-production starring Margherita Buy and Valeria Golino

Virzì's and Mainetti's movies lead the nominations at the 70th edition of the Italian film journalists' prizes; the next most nominated films are Suburra, Per amor vostro and The Beginners

Almost six years on from its screening at the Turin Film Festival, Istituto Luce is distributing the second feature film by Ivano De Matteo, who has meanwhile made Gli equilibristi and The Dinner

VENICE 2014: Ivano de Matteo is back at Venice with a film about two families that are thrown off-balance by a silly stunt carried out by their respective children. Europa Cinemas Label

Getting to know your children at The Dinner 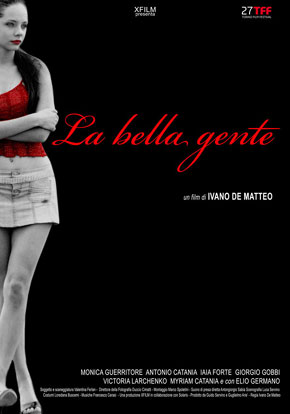 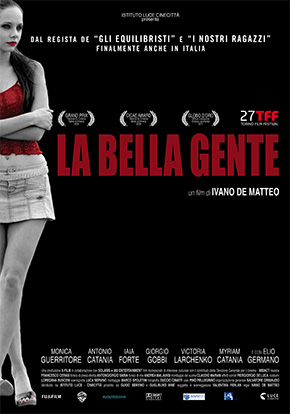