04/12/2009 - The Dutch prize-winner is a complex film about the multiple facets of a much-discussed but not often cinematically explored emotion: loneliness

With the highly acclaimed Nothing Personal [+see also:
trailer
interview: Urszula Antoniak
interview: Urszula Antoniak
film profile], winner of six awards in Locarno and four Golden Calves (the Dutch national film awards), including Best Film, Polish-born, Netherlands-based director Urszula Antoniak adds another name to the current wave of noteworthy Dutch arthouse directors who happen to be women. Her cinema debut after several TV films is an unusual exploration of loneliness in that two characters that want to be alone – or at least don’t mind it at all – recognise this quality in each other and, paradoxically, bond over that.

Stories, and by extension films, often spend a lot of time trying to make motivations, actions and thoughts understandable that in real life are anything but. Antoniak’s debut feature very consciously refuses this notion, opening with a shot of some boxes with unidentifiable bric-a-brac that represent the past of the enigmatic protagonist played with fiery intensity by Dutch actress Lotte Verbeek (her character remains nameless throughout the film).

The boxes stand outside her recently emptied Dutch home, and the red-haired woman is seen in the next scene on a dirty country road in autumnal Ireland (shot with an eye for atmosphere and narrative value by cinematographer Daniël Bouquet). Picked up by a passing lorry driver, she immediately jumps out of the moving vehicle when he seems to start fiddling with the zip of his jeans. When he stops the lorry and descends as well, she lets out a hissy, animalistic scream to scare him off. Was she really in danger? Is her fear perhaps related to the reason she has left the Netherlands?

With these two small but expertly directed sequences, Antoniak shows she is a masterful visual storyteller who willingly provides clues but who refuses to give definite answers, mimicking the often partial views and knowledge people have of each other in real life.

The story proper kicks off when the young woman comes into contact with middle-aged widower Martin (Irish veteran actor Stephen Rea, from The Crying Game). He is a sophisticated and solitary man who lives in a well-appointed but remote country house (Antoniak shot the film in the home of Oscar Wilde). Though initially weary of the kind attention he politely seems to shower on her – more out of courtesy than real need – the woman slowly thaws as he gets her to work for him in exchange for food and, later, lodging (initially she sleeps in a flimsy tent on the heath).

Martin is surrounded by comfort in many forms, including a large collection of classical music and books and sumptuously prepared foods, all markers of civilisation and, by extension, human interaction. But though he takes comfort in them as he does in his interaction with his youthful acquaintance, he seems equally content to spend time on his own.

Antoniak develops the relationship between the two characters by subtly mirroring the different forms of loneliness they recognise in each other: hers a perhaps violently imposed loneliness as a protective barrier against past events, his a world-weary loneliness that has slowly grown on him because of his location and choice not to remarry.

The quietly shocking closing scenes are an evocative transfiguration of the central theme of aloneness, underlining the film’s subtle suggestion, on both the narrative and visual levels, that knowing someone else completely is perhaps impossible, but that this shouldn’t stop people from trying.

more about: Nothing Personal

After the success of Nothing Personal, Urszula Antoniak returns with Code Blue, recently awarded at the Netherlands Film Festival

An interview with Netherlands-based, Polish-born director Urszula Antoniak, whose debut feature was named the Best Debut at Locarno and Best Dutch Film of 2009

The Dutch prize-winner is a complex film about the multiple facets of a much-discussed but not often cinematically explored emotion: loneliness

Shot in Poland but with dialogue in English, Łukasz Kośmicki’s movie is a spy-thriller that possesses both the strengths and the weaknesses of a period genre film

"The film traces a certain progression towards awareness"

The Coldest Game is playing out in Warsaw

The Polish thriller directed by Łukasz Kośmicki is being shot in the English language, and stars Bill Pullman, Lotte Verbeek and James Bloor

Filming on the latest by Italian-Swiss director Carlo Hintermann has wrapped up in Trentino, boasting an international cast and production for a story that sits somewhere between fantasy and mystery 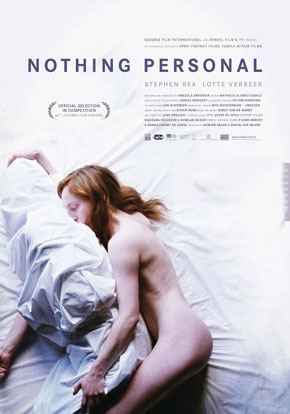