In life as in Partners [+see also:
trailer
interview: Frédéric Mermoud
film profile], the youngsters are strides ahead of the forty-somethings. Certain that their brand new love can triumph over every danger, Rebecca (Nina Meurisse) and Vincent (Cyril Descours) fly around in all directions, hungry for pleasure, breathing in the scent of freedom afforded by the money earned by the sweat of their bodies. The bodies of Vincent, and Rebecca, together.

When the young man’s dead body is found by the banks of the River Rhone, the investigation led by inspectors Karine Mangin (Emmanuelle Devos) and Hervé Cagan (Gilbert Melki) begins. Both single and in their 40s, the latter have a uniform in common, as well as wandering love lives – these two professionals are more aware of their contemporaries’ demons than they are about their own woes.

From the outset, director-screenwriter Frédéric Mermoud, breaks the codes of the genre by revealing that the story doesn’t have a happy ending. Thus freed from the tyranny of suspense, he can unravel the threads of the plot, leaving space for the development of complex, convincing and vibrant characters – not the sterile icons usually associated with thrillers. Each episode of the two heedless youngsters’ love-unto-death is followed by what the two investigators discover about it, fragment by fragment.

The silent concern of the Mangin-Cagan duo then acts as a counterpoint to the excessive boldness of the two high-spirited and whimsical lovers who rush headlong towards their tragic destiny. This parallel development of two diametrically opposed modes of thinking – order and moderation on the one hand, disorder and impulsiveness on the other – which imperceptibly draw closer together, denotes an impressive mastery of dramatic tension and directing.

Mermoud also dares to break the silence surrounding juvenile prostitution on the Internet, without lapsing into moralism, by simply retracing the wild experiences of two kids who are too eager to live each day as it comes to think about tomorrow. His idea is splendidly embodied by the freshness and spontaneity of the two young actors, Meurisse and Descours.

The director is also bold enough to imagine a pair of cops who are rather emotionally damaged, but have enough human feeling to avoid ruining a young life with prison. For this reason, the Devos-Melki duo is worthy of inclusion in a list of unusual cops!

Partners was co-produced by France (Tabo Tabo Films) and Switzerland (Saga Productions) for around €3m. The film will be released in France by Pyramide and in Switzerland by Vega Distribution. 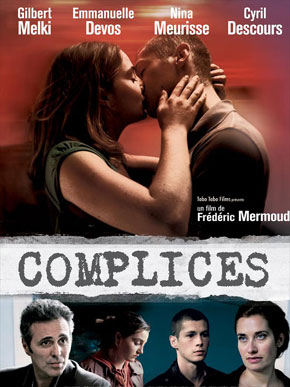