02/02/2010 - In his feature debut, Vardis Marinakis delves into a dark period in Greek history, and turns the heart of it into a bright sample of a promising period in Greek cinema

Black Field [+see also:
trailer
interview: Vardis Marinakis
film profile]’s premise is a fairly simple one. It is the story of a forbidden love that turns out to be rather unconventional as well. When a wounded janizary is harboured and nursed in a convent, he falls for a very special nun, with whom he elopes, only to uncover the film’s dramatic twist.

The catch is, the film has to be set in the 1600s for its dramatic turn of events to be plausible. And what Vardis Marinakis achieves with his low-budget effort stands as a steadfast reminder that period cinema need not bet the farm on dazzling costumes in order to work.

Period cinema has not been popular with Greek producers lately and the budgetary demands connected with it are not the sole concerns within the industry. A few decades back, when local films were flourishing and the market could actually support a studio or two, the demand for re-enactment of past historical glories and downfalls led the genre to both its aesthetic and thematic bankruptcy.

In the midst of what seems to be a comeback of independent Greek movie-making, by directors with something to say and a great deal of eloquence when it comes to saying it, in comes a young director with a scheme that would, in other cases, be a risk no one would take.

"The practicality of recreating the period didn’t really scare me," says Marinakis, adding that "it’s not a historical piece anyway, the period sets are more of a background, a backdrop to an archetypical sort of character-driven story, which focuses on people, feelings, senses and imagery." Yet it’s these period sets and the imagery they help create that gives the film its most haunting element.

Jaw-droppingly lensed by UK cinematographer Marcus Waterloo, Yorgos Georgiou’s sets become very much a character of their own, enveloping Marinakis’ story in an atmosphere of mystery, suspense, and heavy imminent doom. Keeping only grays and sepias on his colour palette, Waterloo draws the nuns’ dried out, bereft and solitary existence in the convent’s maze of corridors, through which Marinakis sways his camera, showcasing remarkable elegance and an impeccable sense of timing in his expertly choreographed direction.

The film’s first half, focused solely on life in the convent, is both a troubling and composed study of the effects of a time and place that robs one of the freedom to express any sort of individuality, Marinakis’ nuns move in the shadows of a ghost town of sorrow and despair, solitary figures in a menticidal world that has forced them to lock away all sense of identity.

In his second act, Marinakis leads his two protagonists out of the stone walls, which constitute both their prison and their shelter from a much harsher outside reality, to the endless expanses of nature. The warm colours and the idyllic landscapes (shot on location at Zagorohoria), doubling for a magically untouched Eden, help Marinakis bring the story closer to where his heart was in his previous short films.

The soothing effects of nature push the characters to rediscover themselves and one another, bringing out their animalistic playfulness. The carefree surrounding transforms and frees them of the stereotyping rules set upon them by their previous lives, creating the somewhat forced yet effectively symbolistic liberation Marinakis has prepared for them.

When all is said and done, Black Field stands out as an expertly shot, impressively directed but somewhat uneven affair, whose effect is weakened mainly by the lack of clarity in the script’s goals, as well as the loose narrative Marinakis chooses to implement. Yet it remains a beautifully haunting exercise with marketable arthouse prospects and precious film festival potential that should by no means go unnoticed.

After studying with Stephen Frears, Vardis Marinakis is the newest talent to arrive on the Greek film scene and did not become one of the FoG movement’s frontrunners by accident

EXCLUSIVE: Teaser and poster for Zizotek

Short-film veteran Gabriel Tzafka’s feature debut will be among the 21 features and nine shorts selected to share a total budget of €669,000

Son of Babylon triumphs at Seville

It may seem like a contradiction for an Iraqi director to win the top prize at a festival dedicated to European cinema, but it only underscores European producers’ great ability to join forces to... 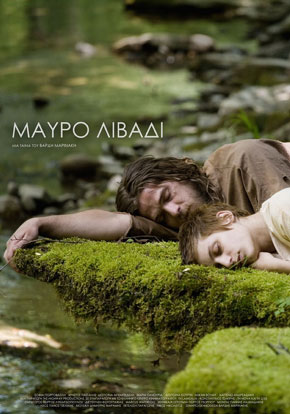