Czech cinema has to date dealt lightly with the country's totalitarian past. Filmmakers have given the Nazi occupation the period treatment in Divided We Fall, Zelary [+see also:
trailer
film profile] and more recently in Protektor, but the communist era is largely the territory of bittersweet comedies like The Wonderful Years That Sucked.

The film is set in an nameless city in Czechoslovakia, sometime during the Normalization period. Investigator Antonín (Ondřej Malý) takes a sudden interest in a beautiful young factory worker, Klára (Kristína Farkašová). Determined to seduce her, but without a seducer's charms, he uses violence and intimidation to isolate her from the people she holds dear.

When Antonín discovers Klára's affair with Tomáš (Martin Finger), a blunt tool of the dissident movement, he threatens him with prison, interrogates him brutally and finally destroys his marriage as well as his relationship with Klára. Antonín turns next on Pavel (Luboš Veselý), a dissident writer-turned-collaborator, poisoning him with cynicism and undermining his respectability.

Malý plays the diminutive Antonín as an unstoppable imp possessed of extraordinary strength, or simply possessed. He descends into schizophrenia, turning even against his own family, his colleagues and himself with icy detachment. Asked by his wife if he has a lover, he responds: “No, but I sure as hell wish I did.”

The film's production recreates the paranoid atmosphere of a police state in which boundaries do not exist. There is always someone listening behind a door, a wall or a curtain, someone lurking in the shadows. Bridges, cranes and other monstrous-looking infrastructure looms menacingly overhead. Even the dissidents in the film have abandoned privacy and hygiene for a philosophy of “what's yours is mine”.

DOP Jaromír Kačer's camera slithers around the scenes, intruding into the characters' bloodless faces. Barred windows and other objects press unfocused upon the audience. Marek Hart and Jakub Čech's sound engineering captures every swallow and hiccup.

Walking Too Fast is produced by Bionaut Films with co-producers Česká Televize, ALEF Film & Media Group and Pleograf and with the support of HBO and the Czech State Fund for the Support and Development of Czech Cinematography. Bonton Film distributes the film in the Czech Republic.

more about: Walking Too Fast

“We just wanted to make a really dark film”

Interview with a 36-year-old Czech director, a graduate of the famous FAMU Film School , who returns to cinema after 11 years spent working in television and documentary

Off the Wall: Films from post-communist countries on tour around Europe

A selection of films from post-communist countries, including Viktoria and Velvet Terrorists, will tour seven European festivals

Czech films set for grand tour of US

Václav Kadrnka's Eighty Letters and Jan Svěrák's Kooky shared the grand prize of the 24th Finále festival of Czech films. An international jury at the festival in Plzeň awarded the Golden...

With over 60 recent and repertory films in the line-up, as well as a focus on Norwegian, Danish, Slovakian, Swiss and Hungarian cinema, the 6th L’Europe autour de l’Europe Festival will run in...

Walking Too Fast walked away from the Czech Lion Awards March 5 with five awards, including Best Picture. Radim Špaček earned the Czech Lion for Best Director and Ondřej Štindl Best Screenplay for...

Three films from the Czech Republic and Slovakia selected for the Forum sidebar of the Berlinale (February 10-20) – two of them directorial debuts – explore the stress on personal lives caused by... 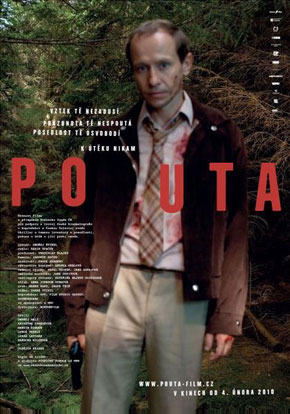