12/02/2010 - Applause at the Berlinale welcomed the Best Film winner of this year’s Turin Film Festival, a docu-fiction on violence and love in a Genoa caught between the past and the present

The surprise film (for now) of the relatively understated Turin Film Festival is Italian. Screening in competition today is The Mouth of the Wolf [+see also:
trailer
interview: Pietro Marcello
film profile] (from a novel by Gaspare Invrea), which director Pietro Marcello dedicated to Genoa and its most marginalized citizens, those who live among the decrepit, labyrinthine alleyways of the city’s historical centre.

Marcello’s second feature, after the beautiful Il Passaggio della Linea, escapes facile classification. A blend of documentary and melodrama, it tells the (true) love story of Enzo, sentenced to 20 years in prison after shooting two police officers, and Mary, a junkie whom only Enzo could save from heroin.

They are two people who have seemingly lost everything, beginning with their liberty. Their meeting in prison will change this man so strong he even makes the guards tremble yet is a sensitive soul who is moved watching Bambi, and a woman who upon her release promises to wait for him.

The film rises above genres and conventions, to tell a personal story with admirable grace, and depicts with as much clarity how the places that are the backdrop to the two lives portrayed here have changed. It does so through archive footage chosen and edited by Sara Fgaier.

That such a personal film was essentially “commissioned” is a further sign of intelligence: by the commissioners (the Jesuits of the Fondazione San Marcellino, working since 1945 to help the marginalized and sick of Genoa) and the director, who also produced through the new L’Avventurosa Film (founded with film critic Dario Zonta) with Indigo Film and in collaboration with RAI Cinema and Babe Films. The film will be distributed domestically by BIM.

more about: The Mouth of the Wolf

"I depicted the present around me"

Cineuropa caught up with director Pietro Marcello at the Turin Film Festival, where The Mouth of the Wolf won Best Film and the Fipresci Prize

Applause at the Berlinale welcomed the Best Film winner of this year’s Turin Film Festival, a docu-fiction on violence and love in a Genoa caught between the past and the present

This loose adaptation of Jack London’s novel is an Avventurosa, IBC Movie, Match Factory and Shellac Sud co-production, whose release date confirms its likely participation in the Venice Film Festival

"Cinema is no longer the seventh art; it ceased being so with the arrival of sound in films"

LOCARNO 2015: In Lost and Beautiful, entered in the competition at Locarno, Pietro Marcello shows the other side of ever-successful Italian cinema

The film by Italy’s Pietro Marcello has snagged the Grand Prix at the sixth edition of the festival, while the Audience Award has gone to Tempête by Samuel Collardey

LOCARNO 2015: With his third feature film, Pietro Marcello brings us a delicate contemporary fairy tale in which the ‘cinema of poetry’ intertwines with condemnation of political film

Lost and Beautiful by Pietro Marcello, in competition at Locarno

Other Italian films selected and being shown out of competition include Genitori by Alberto Fasulo, I sogni del lago salato by Andrea Segre, and Romeo e Giulietta by Massimo Coppola

Not just debut and second films: the seventh TorinoFilmLab Meeting Event kicks off

Featuring among the projects presented as part of the Script & Pitch project, are new films by György Pálfi, Fien Troch and Matthias Luthardt, and fiction debuts by Pietro Marcello and Peter Krüger 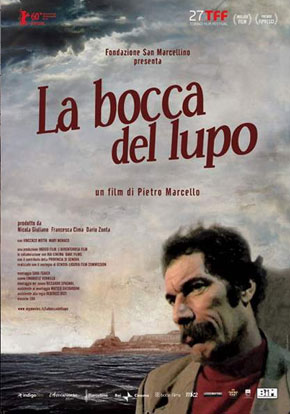