Diego is a specialist in treating pain. He works in a Madrid hospital with very, often terminally, ill patients, with his wife, with whom (despite a still-strong bond) he has tired and sporadic relations. He also has a rebellious daughter, but he is immune to others’ pain.

Based on a true story, set in an equally real and daily setting, Spanish director Oskar Santos includes a fantastical element that pushes the drama to the limits of the supernatural in his feature debut For the Good of Others [+see also:
trailer
film profile], presented yesterday in world premiere in the Panorama sidebar of the Berlinale.

When Diego is shot by a patient’s lover, who accuses him of being insensitive to others’ pain, the doctor acquires miracle-making powers that brings with them the awareness of the suffering of those closest to him. A new world opens up to him, offering unexpected discoveries and, perhaps, a new life.

“The film leads us into the depths of our primordial instincts: to the need to have important people in our lives. We wanted the audience to understand the hero’s dilemma, and to ask what what they would do in his place,” said Santos.

At times coming across like a television film, the project was shot in six weeks and owes much of its visual and stylistic approach to the “medical” genre experience of screenwriter Daniel Sánchez Arévalo (director and writer of the TV series Hospital Central) and the fantastical predilection of its producer, Alejandro Amenábar, who studied with Santos at Madrid’s Universidad Complutense.

“I began to get involved in the production process because the screenplay was really good and the director has a lot of talent and works very well. More than a producer, I tried to give a hand as a mentor,” said Amenábar. Another protégé of the director of The Others, actor Eduardo Noriega (Thesis) leads a solid cast that maintains the narrative coherence of the entire plot, despite too many plot twists.

Produced by MOD Producciones, Hipenóptero and Telecinco Cinema, For the Good of Others is being sold by Filmax International and will be released domestically on March 19 by Alta Films.

more about: For The Good Of Others

Sales agent aims to strengthen the internationalisation of Spanish cinema

In a repeat of last year, Spanish entry Even the Rain by Icíar Bollaín hasn’t made it into the final five nominees for the Best Foreign Language Film Oscar, while a production from another country...

From teenage humour to supernatural drama 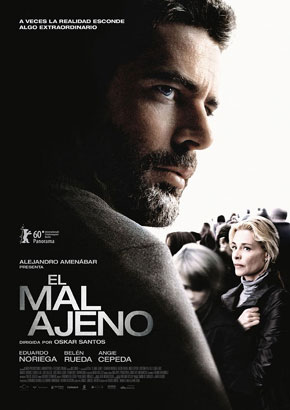