Love at a crossroads in On The Path

Jasmila Zbanic, darling of the Berlinale since her debut work Esma's Secret [+see also:
film review
trailer
interview: Barbara Albert
interview: Jasmila Zbanic
film profile] (winner of the 2006 Golden Bear for Best Film), has once again proved her talent in competition with a second very intelligent and masterful feature, On The Path [+see also:
trailer
film profile]. Whilst exploring similar themes, namely the changes in her country since the war seen from women’s perspectives, with the underlying theme of maternity, this film straightaway reveals itself to be very different.

The opening scene, in which the protagonist examines one by one, like a Godard heroine, her body parts through the screen of her mobile phone (which she never lets go of and on which she has images of her boyfriend sleeping so she doesn’t feel lonely when they are apart) sets the tone. Here we find ourselves in a rebuilt and modern Bosnia, whose colours are beautifully captured by the (digital) cinematography, and we follow the trail of a sensual and lively heroine, who has left the pain of the war (her parents’ death) behind her.

Luna, a graceful air hostess (played by Croatian Shooting Star Zrinka Cvitesic) and non-practising Muslim, has a perfect, loving relationship with Amar (Leon Lucev), whose child she wants to have. They’re an upbeat couple, who don’t let life’s little difficulties get them down but forge ahead ("So, what do we do now?" is their response in times of worry), although Amar has not recovered quite as well from the wounds of war.

Everything changes when Amar is reunited, (literally) by accident, with an army friend, Bahrija, whom he hardly recognises at first behind his beard, for he has become a Wahhabite. Bahrija, who is apparently peace-inclined despite his refusal to shake Luna’s hand (something experienced by Zbanic, which made her want to understand this gesture and was the starting point for the film) and the aggressively orthodox appearance of his fully-veiled wife ("like a ninja", remarks Luna), introduces Amar to his community. This community lives in peaceful isolation on either side of a curtain separating men and women (very different from the flowery shower curtain at the start of the film, behind which Amar and Luna romp about).

Perniciously, without forcing him (for this community is not, as some believe, made up of terrorists), Bahrija offers Amar the direction he was lacking. Amar thus starts, before a dumbfounded but sympathetic Luna who tries to understand her beloved’s desire for self-betterment, to move towards fundamentalism, which he ends up wanting to impose on her. Luna, who is unable to accept this view of the role of women and children (her desire to be a mother has nothing to do with the aim of re-populating the Muslim community) and the continuous condemnation of everything she loves in life as sinful (as she ends up explaining when Amar tries to drag her out of the nightclub, a place of sin, where she has gone in a strappy dress, like a sinner, to drown the profound sadness of her dilemma in alcohol, the height of sinfulness) thus has to make a choice between her love and the inconceivability of having a child with the man Amar has become.

Despite the strength of their love, Amar and Luna have each taken different directions and the film ends without us knowing whether one of the two will come back to the other.

more about: On The Path

MPM Film bets on For Those Who Can Tell No Tales

On the Path in cinemas with Fandango

FICE: Good quality European cinema to be discussed in Mantova 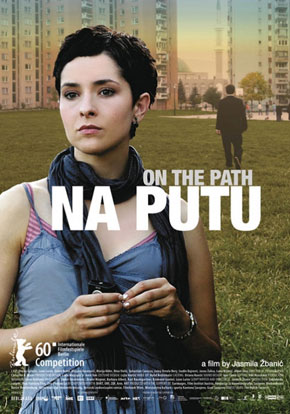