Huppert plays Babou, a woman living in the north of France who has a difficult rapport with her daughter (Chammah), who is about to get married but who would prefer not have her mother attend her wedding.

To prove her mettle, the flighty and chronically in-between-jobs Babou finally takes on a job as a seller of time-shared flats in Ostend, on the Belgian coast. She has to relocate there for the job, and though initially she struggles, she discovers she is quite good at it. She also starts a relationship with local fellow redhead, Bart (Jurgen Delnaet, from Moscow, Belgium [+see also:
film review
trailer
film profile]), though their interaction remains mainly confined to the bedroom.

Carefully drawing his characters but especially focussing on Babou, Fitoussi makes a crowd-pleasing but intelligent film that is carried by the reliable Huppert. The actress here shows some shades of her acting palette, especially the lighter and crazier notes, we have not seen for a long time, and her scenes with her daughter feel scarily real.

The film – whose title refers to the idea that any place, even Ostend, could be a personal Copacabana – was produced by Avenue B in co-production with Arte France Cinéma, Mars Films and Belgian outfit Caviar Films.

The €3.49m production will be released in France July 7 by Mars Distribution. International sales are handled by Kinology.

Lolita Chammah, Jean Sorel and Virginie Ledoyen will star in the filmmaker’s second feature film, a KinoElektron production that will be distributed by Shellac

The actress is sharing the bill of Sébastien Marnier’s feature debut with Jérémie Elkaïm, Joséphine Japy and Benjamin Biolay; the movie is produced by Avenue B

The new film by Marc Fitoussi is out now, distributed by SND. Also hitting screens are Sheep, The Railway Man and The World Belongs to Us 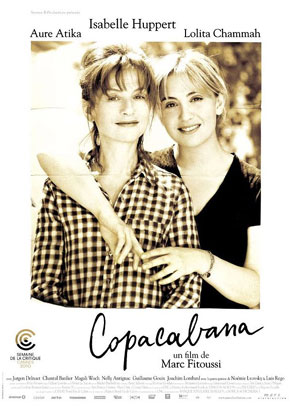 The producer of the Oscar-winning No Man’s Land and co-producer of The Lunchbox gives us some data on the Chinese market and explains how Bridging the Dragon can help European producers
Jean-Christophe Reymond • Producer, Kazak Productions

The French Producer on the Move looks back on his career and discusses his line-up - including Titane - his projects and the current state of the market
Katarína Tomková • Producer, kaleidoscope