Aurora: The extraordinary rebellion of an ordinary man

Along with Cristian Mungiu, Corneliu Porumboiu and Catalin Mitulescu, Puiu is one of the main exponents of the so-called “Romanian new wave”, which has been enjoying success for several years now. With Aurora, he wanted to dissect middle class of Bucharest at the margins of the European Empire, by slicing a sharp scalpel in the mind of an everyman, an ordinary 40-something, who doesn’t turn into a murderer, but simply commits murders as formal acts of misunderstood, distorted justice.

Daniel Auteuil’s character in Nicole Garcia’s L'Adversaire – the true story of man who in 1993 killed his wife, children and parents – pretended to be a doctor for 18 years out of fear of disappointing those closest to him. Puiu’s Viorel, is also afraid, of facing his separation from wife Gina (Clara Voda) and their daughters.

Like Garcia, Puiu was inspired by real life, and here reflects on the idea of murder after seeing a TV series on crime in Romania. He realized that murders are committed by in one’s closest circle of family, friends and neighbours. And not at all what most films, books and media would have us believe. In fact, killing is a lot more banal than we think.

Resolutely intent upon demolishing the clichés of cinema, Puiu thus reconstructed, in painstaking detail, the moments leading up to murdering someone we know. In long, deliberately draining long sequences (the film runs three hours), the director controlled every gesture and movement of the future killer. Viorel wakes up at down, eats breakfast with who seems to be his wife, gets dressed, watches the trains pass by, spies on his victims, goes to work, fights with a co-worker, buys a 12-gague rifle, watches over a move in his apartment, fights with his mother’s companion, eats a sandwich and commits a massacre.

What emerges from this character is the attempt to render the reigning "toxic environment" in post-communist Bucharest, according to Puiu. It is not difficult to see the act of murder as a liberating act in that atmosphere, perhaps the need for a new, different ethics, which is equally far from both capitalism and socialism.

It is no coincidence that this co-production between Romania, France, Switzlerand and Germany is the second of "six stories from the outskirts of the Bucharest" that Puiu is making on the moral crisis of a country that was not prepared for the recent years and to expose the ineffectiveness of the Western model that has emerged from the darkness of communism.

A contender for the Golden Bear for Elle Driver

Standing out on the company’s slate are André Téchiné’s competition entry Being 17 and Road to Istanbul by Rachid Bouchareb, in the Panorama 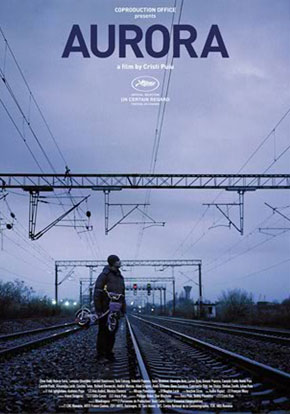