There is a touch of thriller, a hint of comedy and a portrait of today’s teenagers set to a score by Sonic Youth in this cleverly written debut feature. Presented today at the 63rd Cannes Film Festival, in the Un Certain Regard selection, Fabrice Gobert’s Lights Out [+see also:
trailer
film profile] proves to be an interesting exercise in style whose obvious influences (including Elephant, Brick and The Virgin Suicides) don’t prevent it from asserting a rather individual identity thanks to an excellent cast and a sharp perception of the world of high school students and their ability to fantasize about reality.

Turning his back on the "auteurist" temptation often characteristic of debut features about teenagers, Gobert instead creates a disturbing mystery (a dead body is discovered in the film’s prologue) through a narrative that unfolds from four successive viewpoints on the same event: Simon Werner, a youngster of around 18, has disappeared. Has he run away or has something tragic happened, as blood has been found in a classroom?

Other disappearances follow, fuelling rumours and speculation among the students. These different trails advance the story and gradually define the main protagonists: handsome Jérémie (Jules Pelissier), who has time to observe as he walks around on crutches; Alice (Ana Girardot), the most beautiful girl in the school, who has just broken up with the missing boy; unloved Rabier (Arthur Mazet); and Simon Werner himself (Laurent Delbecque), who brings things full circle and reveals the truth.

Helped by Agnès Godard’s cinematography that uses four distinct styles for the four stories (which play on flashbacks that are shifted about in time and the intersection of viewpoints), Lights Out pulls off its challenge of mixing genres without losing the intertwining threads of the overall picture. The classic ingredients of the teenage horror film are there (a forest at night, a secluded hut, intriguing conversations heard by chance), humour pierces through with the inevitable obsessions of boys and girls in the middle of a hormonal surge and their first romantic experiences. The sophisticated mechanics of the screenplay preserve the driving forces of a plot that manages to play hide-and-seek with the audience.

This game of paper chase arises, as suggested by a piece of philosophy homework given to the teenagers, out of the question: "Can we represent reality without idealising it?" This subject undoubtedly offers the key to the continuous confrontation in the film between the teenagers’ imagination and real-life experiences, as well as to the strategy of a director who adopts a playful approach that is both close and distanced.

more about: Lights Out

Back in film after The Returned, Fabrice Gobert confirms his original talent with a Kafkaesque thriller carried by an outstanding Laurent Lafitte

The filmmaker has completed the first part of the shoot for his new film sold by StudioCanal, while the series Dix pour cent is excelling on France 2

Pierre Niney is A Perfect Man

The up-and-coming star of French cinema and Ana Girardot are filming the second feature by Yann Gozlan, produced by 24 25 Films and WY Productions

SND pins its hopes on Alleluia 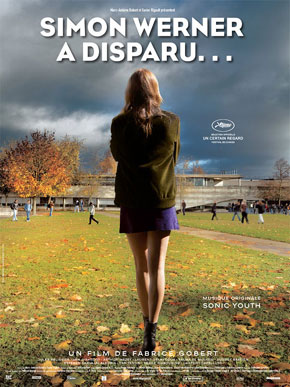