Well received by critics and audiences at the Polish Film Festival, which is currently underway in Gdynia, Paweł Sala’s debut narrative feature Mother Theresa of Cats [+see also:
trailer
film profile] (Matka Teresa Od Kotów) has also won over selectors at the 45th Karlovy Vary Festival where the film will have its international premiere in official competition in July.

The title of Sala’s film is a reference to a classic of Polish cinema: Jerzy Kawalerowicz’s Mother Joan of the Angels (1961). The comparison doesn’t end there but goes deeper, for both works attempt to explore the question of evil: its sources, the way it takes root in human beings and its mechanisms of destruction.

Sala has constructed a story that is as disturbing as it is moving. The disturbing side emerges from the plot, which is a variation on a news story reporting the murder of a mother by her two sons. The reverse chronology (the action unfolds from the end to the beginning) maintains the suspense, with viewers remaining neither emotionally inactive or intellectually indifferent.

The film is produced by Zespół Filmowy Rozwój in co-production with De Lord and Syrena Films (who are managing distribution and international sales), with backing from the Polish Film Institute. It is scheduled for release in Polish theatres in autumn 2010.

Debut features make up a large proportion of the 20 or so titles in official competition at the Gdynia festival. They also include Anna Kazejak’s Flying Pigs, Ewa Stankiewicz’s If You Go Away, Marek Lechki’s Erratum and Sławomir Pstrong’s Silence.

more about: Mother Theresa of Cats

Mateus Kosciukewicz was awarded twice with Poland's top prizes for upcoming talent, and stars now in In the Name of... and Walesa

Polish films unspool in the UK

Focusing on films from the 12 most recent EU member countries, the New Europe Film Festival will run from April 1-12 at the Edinburgh Filmhouse with a line-up including four quality Polish titles....

Zglinski looks at cowardice in The Courage

Discovered with All Winter Without Fire (CinemAvvenire Award for Best Debut Film at Venice 2004), Greg Zglinski has just finished shooting in Lódź, Poland, on his new film: The Courage....

Over 500 films and 350 guests in 11 days: directors, actors, producers, distributors and sales agents from across the world are in attendance at the 10th Era New Horizons International Film...

The 45th Karlovy Vary International Film Festival concluded with a celebration of European cinema, with most awards going to films from all corners of the Continent. Agustí Vila's film The...

The 45th Karlovy Vary International Film Festival (July 2–10) will present audiences with a wide selection of the best new European cinema. Seven European films are screening in the main... 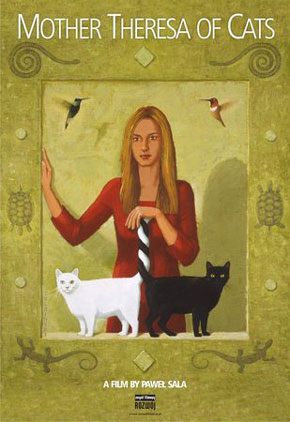