The Temptation of St. Tony puts a new shine on classic Surrealism

Veiko Õunpuu's film The Temptation of St. Tony [+see also:
trailer
film profile], screening in Karlovy Vary's East of the West competition, is a fascinating meditation on good and evil likely to offend all the right people.

In the film Õunpuu delves deeper into alienation and hostility in modern society, which he explored in Autumn Ball [+see also:
trailer
film profile], this time letting his imagination run wild. Among the people thanked in the film's closing credits is Luis Buñuel, whose inspiration is particularly evident.

Shot in gorgeous black-and-white by Mart Taniel, the film begins with the opening lines of Dante's Divine Comedy, suggesting a soul's progress. That soul belongs to Tony, a Bentley-driving factory manager. Following his father's funeral, Tony slips from his bourgeois existence into a world of filth and depravity which, Õunpuu suggests, the middle class chooses to ignore.

Tony's discomfort with humanity is expressed in a staging of Chekov's Uncle Vanya (“The peasants are all alike; they are stupid and live in dirt, and the educated people are hard to get along with.”) His marriage is a failure. He goes in search of God, but the man he finds has also lost his faith. He falls in love with a girl, who is ultimately kidnapped. Pursuing her, he finds himself in a hellish cabaret called Das Goldene Zeitalter (cf. Buñuel's L'Âge d'or). He escapes, but without his sanity or, a closing scene suggests, his soul.

The Temptation of St. Tony is rich in references and homages, offering film fans hours of cocktail-party fodder. Playful despite its dark imagery, the film offers plenty of humor to help wash down its bitter judgment of mankind. Taavi Eelmaa (Autumn Ball) is excellent as the tortured Tony, while Rain Tolk, Sten Ljungren and Denis Lavant are outstanding in their cameos.

more about: The Temptation of St. Tony

The event will present an Eastern Promises cycle, composed of 50 films produced since 2000 in countries including Romania, Hungary and the Czech Republic

Free Range: “Only Myself To Blame”

Screening in the Berlinale Forum, Free Range is the eagerly awaited new film from Veiko Õunpuu after Autumn Ball and The Temptation of St. Tony.

The Brussels International Festival of Fantasy Film closed on April 19, after 12 days of horrors, shudders and laughter. Asia and the United States dominated the international competition, with... 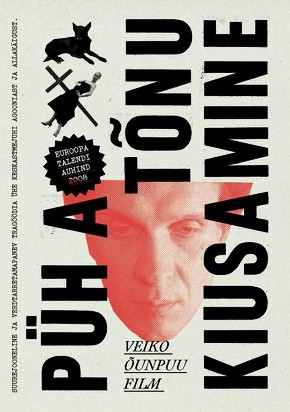