In the Woods explores mystery of human beings

Unveiled in official competition at Poland’s Era New Horizons Festival, Angelos Frantzis’s Greek feature In the Woods is difficult to categorise, bordering on fiction, documentary and video art. Shot using an amateur digital movie camera by a team of four people (three actors and the director), this film may be modest in form but it certainly isn’t in terms of its expression.

As the director explained to the press, the film had two screenplays: a first written by him and a second (the one used in the end) created by the four members of the team during the shoot. Except for a few general instructions, the actors had complete freedom in their performance and the story thus emerged from their improvisations. Frantzis commented: "It was the only way of finding the profound truth and essence of these characters which were very important to me".

The action unfolds in a wood and its wild surrounding area, with the plot centring on the relationship between a young girl (Katia Goulioni) and two boys (Iakovos Kamhis and Nathan Pissoort). Lacking any clear linear narrative and composed of minimalist dialogues, the film’s structure is based on the interplay of tension between three individuals through their biology and sexuality.

Desire plays a key role here. Plunged into the power of the senses, the three characters try to confront each other and find their identities. The intensity and concentration of emotions that prevail over facts, as well as the foregrounding of symbolic elements and matter (the forest, water, blood), make In the Woods more than a created, fictional story, but rather a sort of vivisection of human beings, of the mystery of life and death.

Produced by Panos Papahadzis and Frantzis for Argonauts Productions, In the Woods received backing from Hellenic Radio & Television (ERT) and the Greek Film Centre.

more about: In the Woods

Paolo Sorrentino’s Youth and Jacques Audiard’s Dheepan bookend a programme of over 300 titles, 12 of them competing for the Golden Athena

The fund managed by the CNC and the GFC has accepted projects by Ryhana Obermer, Rinio Dragasaki, Sepideh Farsi, Tanos Anastopoulos and Angelos Frantzis

Director Angelos Frantzis talks about his festival darling In the Woods, a semi-experimental Greek drama about desire. The film will be released in Greece in September 2010

In the Woods explores mystery of human beings

After several films with youths in trouble (see news), two films at the International Film Festival Rotterdam (IFFR), which wrapped this weekend, showcased youngsters listening to their hearts. In... 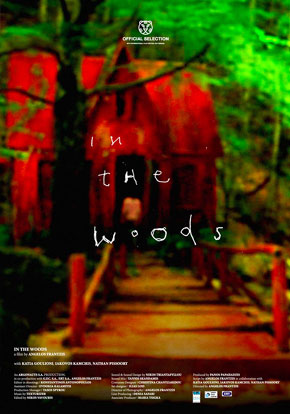