04/07/2011 - A tragic shadow hangs over a young drug addict. A gripping portrait by up-and-coming director Joachim Trier, unveiled at the Cannes Festival

Thanks to the bottomless gaze of lead Anders Danielsen Lie (in a stunning performance, all the more impressive given that he’s actually a doctor), viewers don’t have trouble relating to main character Anders, despite that fact that he’s a 34-year-old recovering drug addict on one of his first day-long leaves from a rehab centre. This choice is reminiscent of French writer Pierre Drieu La Rochelle's Will O' the Wisp, which Louis Malle adapted, turning the heroin-addicted protagonist into an alcoholic, in his 1963 film The Fire Within.

The movie begins with a suicide attempt, leaving us throughout with the disturbing thought that it might happen again, a feeling Anders' best friend has had for a long time, as he tells him when they try to have a heartfelt conversation. Despite the efforts of both young men, they unfortunately find themselves unable to truly connect before they go their separate ways again.

That failure repeats itself throughout the day, as Anders melancholically walks the streets of Oslo, goes to a job interview, people watches in a café, tries to see old friends at a party. He is also, literally, unable to reconnect with the ex-girlfriend who may be his only salvation, whom he tries to call several times, to no avail.

The sad thought, expressed in therapy, that he can feel neither pain nor happiness is reflected in Anders’ superbly harrowing gaze, in which the desire to connect and feel something can be seen along with the emptiness this desire is met with. His sadness does, however, manage to deeply move to viewer (the only person who never leaves his side), which feels all the more tragic since, as he says, the only thing he really wants is not even to recover the hopes and the ambition he used to have, as a well-educated, intelligent young man, but simply for someone to be moved by him.

It is indeed not difficult to relate to Anders. His existential despair and sense of loneliness go beyond the struggle of a heroin addict trying to stay clean. In fact, it is merely a somewhat amplified version of the emptiness in everyone's lives, the other characters and ours. That such a tragedy of the human condition, the saddest of all, is successfully contained in a single pair of eyes is an incredible feat.

"Loneliness in the crowd"

The Night Eats the World: "I don't want to go outside"

Cléo & Paul to premiere at the Berlinale 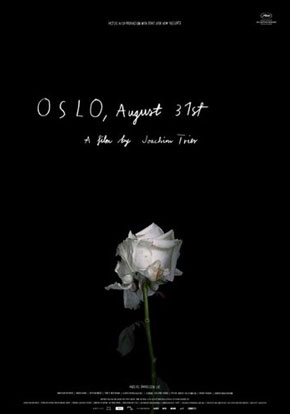