05/10/2011 - Hollywood at the crossroads of silent and talking pictures. An extraordinary cinematic experience. Winner of Best Actor Award at Cannes.

If Michel Hazanavicius hadn’t been successful in France with the series of OSS 117 [+see also:
trailer
film profile] films, his The Artist [+see also:
trailer
interview: Michel Hazanavicius
film profile] would never have been presented in Official Competition at the 64th Cannes Film Festival. Not that the film doesn’t deserve it, but simply because this wild project – a silent tribute to silent movies – would never have found financing while Avatar filled theatres around the world.

In Hollywood, in the late 1920s, George Valentin (Jean Dujardin) is a silent film star whose career is cut short by the talkies. Meanwhile, Peppy Miller (Bérénice Bejo) is enjoying a meteoric rise to screen fame, but she’s never stopped loving George.

Hazanavicius has teamed with producer Thomas Langmann and other old collaborators – besides his leads, DoP Guillaume Schiffman and composer Ludovic Bource – to make this faithful rendering of the classics of 1920s cinema. And the spirit of silent films has especially been respected.

Yes, this exercise in style was shot in black and white in a 4:3 aspect ratio, and is silent for 97 of its 100 minutes. Yet the original soundtrack is a bit more sophisticated, the images cleaner and the humour more relegated to the background with respect to any of the films by Murnau or Chaplin. The Artist bears in mind the growing needs of modern viewers, and is never systematically anachronistic. The film is not a pastiche, but an impassioned tribute to the films of yesterday, to be shared with the audiences of today.

Boiling the love story down to the essentials, the director/screenwriter never loses sight of the situations and how they come together. The many (English) captions succinctly recount this story, shot in 35 days in the legendary Warner and Paramount studios with a French cast that, for once, didn’t have to work on their accents.

Dujardin is reminiscent of Fredric March or John Gilbert. The popular actor has a “vintage” face that he manipulates with great skill. For her part, Bejo is physically very dynamic, which is especially useful in the dance scenes on which the duo worked tirelessly. The results pay off onscreen and this film couple just radiates chemistry.

In a cast that also includes some US actors, particularly good performances also come from John Goodman as a cigar-chomping producer and the elegant James Cromwell as a kindly chauffer in a role that seems written for him.

The Artist is a unique and never boring film. Fans of classic cinema, including Hazanavicius and his team, can be happy that this film is being so well received.

more about: The Artist

"I had a little secret weapon"

“People are now used to having everything everywhere, so cinemas will probably have to offer new options as well”

Philippe Le Guay shoots The Man From The Basement 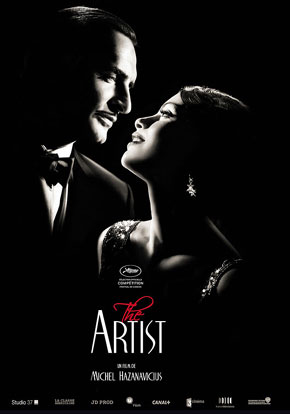