And if his previous film was an homage exercise in the chills and thrills of Alfred Hitchcock’s school of suspense and mystery, this one points straight towards Roman Polanski’s Rosemary’s Baby, but with a twist that only a cold-blooded genre-juggler from Denmark would come up with.

Boe’s establishing shots start off with a couple visiting a house which the husband hopes will be the home he dreams his family will flourish in. But his reaction to a single drop of blood, shed due to a miniscule accident, makes sure you’re aware things won’t be as rosy as they seem. For love is not always a many-splendoured thing.

By populating his opening credits with beautiful still photography, Boe hints to the sadness of the fact that often one’s dreams feel more picturesque while in his head, than what they turn out to be once reality checks in.

Just a moment later, he’s fast forwarded to an undefined time where the couple already seems estranged, the woman cold and the man desperate to reach her.

Painfully depicting the all devouring nature of love and the sadness that follows consistent dismissals, Boe blurs the borders of reality and perception, to mix noir suspense with somber relationship drama, and just a touch of the morbid to spice things up. And with a powerhouse performance, Nicolas Bro harrowingly portrays a man being consumed by rejection and transformed by rage, slowly slipping into the madness that turns him into the titular beast.

French star Isabelle Huppert to be festival’s guest of honour

After psycho-horror drama Beast, the Danish director depicts the friendship between the king of charter holidays and the controversial tax lawyer-turned-top politician

”This should call off all talks of a crisis in Danish cinema. OK, some Danish films don’t work, but they are probably not very good. We have had our best year ever – and I would say so have Danish...

This year Danish director Susanne Bier’s In A Better World collected both the Golden Globe and the Oscar for Best Foreign-Language Feature, while Lars von Trier’s Melancholia scooped three...

With 16 nominations, A Family leads the race for Denmark’s Roberts

Danish director Pernille Fischer Christensen’s A Family, which was launched in competition at the Berlin International Film Festival to win the international critics’ FIPRESCI prize, leads the...

Setting up a love story that turns creepy before it goes sour, Christoffer Boe takes a turn for the graphic as he mixes romance and melodrama with straightforward blood and gore in Beast, his...

"Hollywood has no place in Thessaloniki," said Festival Director Dimitri Eipides, setting the mood for the 52nd Thessaloniki International Film Festival, which will be raising its curtains on... 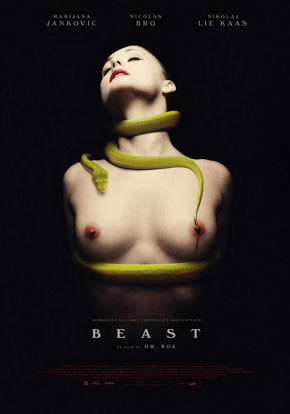