13/12/2011 - The amorous awakening of two young adolescents. Sensitivity, sensuality and authenticity for a film selected at Venice and picked as Switzerland’s Oscar hopeful.

Unveiled out of competition in Official Selection at the Venice Mostra International Film Festival 2011 and picked as Switzerland’s entry in the race for the Best Foreign Language Film Oscar, Rolando Colla’s Summer Games [+see also:
trailer
interview: Rolando Colla
film profile] is a majority Swiss co-production with about 20% Italian participation. Based on a personal experience, the Swiss director (of Italian origin) tells a story about the budding love between two young adolescents.

Barely 12 years of age, Nic and Marie come from two families in crisis. Nic is spending the holidays on a seaside campsite. His parents argue constantly and his father wavers between emotional instability and domestic violence. Marie suffers the absence of a father she has never known and wants to meet, against her mother’s wishes. Feelings develop between these two wounded hearts. The two adolescents try to explore these feelings through games that are sometimes innocent, sometimes sadistic in which they can finally let down their emotional guard and experience the first stirrings of adulthood.

Summer Games focuses in particular on the intimacy of its characters, people who have been badly treated by life and haven’t always been able to choose which direction to take. Against this conflictual frustration that exists in the strained relations between adults, the child has built a sensory barrier to manage to convince himself that he is another, the one who feels nothing mentally, or physically. Nic thus endures a cigarette burn without flinching and doesn’t show any more emotion when one of the games spills over into the accidental stoning of a dog which has chased them.

Colla worked for almost a year with his young actors to achieve the very specific effect he wanted to obtain on screen. The result is a sensitive film which hinges on some unknown faces to which viewers have no trouble attaching personalities. Marie, for example, speaks in an Italian tinged with a Francophone accent that betrays her Genevan roots. She is intelligent and highly sensitive. These two characteristics are essential in the display of her sensuality filmed without false prudery during a dance scene where provocativeness still passes for a less and less innocent children’s game.

With its polished cinematography and authentic cast, Summer Games brings back the memory of youthful emotions, blending the sweetness of sensory discovery with the salty taste of those first love-soaked tears.

The amorous awakening of two young adolescents. Sensitivity, sensuality and authenticity for a film selected at Venice and picked as Switzerland’s Oscar hopeful.

Summer Games is a teenage love story set against a background of problematic families. The film was picked as Switzerland's 2012 Oscars entry.

The screenwriter who was awarded a César for Indigènes will be supported by an advance on receipts for his first feature film.

Despite an overwhelming presence of Germanic films among those nominated for the 2012 Quartz awards, it was Latin cinema that made its mark when the awards where announced on March 17.

Tinker Tailor Soldier Spy among a flurry of good films 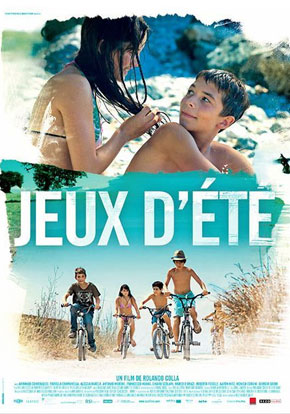