11/05/2012 - After his Palme d'Or in 2007, Romanian film director Cristian Mungiu has made a demanding film that is a powerful cry against the harmfulness of ignorance.

After his Palme d'Or in 2007, Romanian film director Cristian Mungiu has returned to the official competition in Cannes with a film that is not one for the faint hearted, with its slow, yet technically superior cinematography, directing, and screenplay. Yet, for this film set in an orthodox community far away from all modernity, the effort is absolutely worth it.

Alina returns to Romania from Germany to see Voichita, her only love since they grew up together in an orphanage. Alina is hoping that Voichita will return to Germany with her, but soon she discovers that the latter's heart has been stolen by someone else. Voichita's new suitor is none other than God, who now rules her daily life in the monastery. Alina is perceived as a disturbing, deranged element in the religious community, and its priest and nuns try to cure her from the lack of God in her heart.

In 4 Months, 3 Weeks and 2 Days [+see also:
film review
trailer
interview: Cristian Mungiu
interview: Oleg Mutu
film profile], Mungiu already dwelt on communism's corrosive effects on Romanian society. With Beyond the Hills [+see also:
trailer
interview: Cosmina Stratan
interview: Cristian Mungiu
interview: Cristian Mungiu
interview: Cristian Mungiu
film profile], he now extends his analysis to the collateral damage after communism's withdrawal from the country. His characters are orphans to symbolise a people suddenly abandoned to themselves and new perils, including the most dangerous: ignorance. Cristian Mungiu associates this ignorance with religion and the power of the Romanian orthodox church that holds a firm grip on the state budget to the detriment of schools and hospitals. He has nevertheless chosen to tackle the subject from the angle of little people and a - supposedly - penniless religious community. But the film is not about conspiracies or dishonest intentions, and, even if it is suggested that money isn't quite managed as it should be, this avenue remains closed. Instead, the real danger stems from religious doctrine being applied so literally that it becomes physically harmful. But even in this slow dive down to extreme levels of interference, the auteur does not judge his characters' intentions. Only the bubbles of ignorance reach the surface. The fault is upstream and it's the source that must be treated, while the film only shows us victims and subtext, as in the books by Tatiana Niculescu Bran that, together with a true story, inspired the film.

Beyond the Hills was shot in a short period with funding from Romania (Mobra Film, Mandragora Movies), France (France 3, Why Not Productions) and Belgium, thanks to the participation of the Dardenne brothers and their production company Les Films du Fleuve.

Despite its length, Beyond the Hills owns its rhythm, with a technique involving only one shot per scene with no music added at all, which means the audience has to be seriously concentrated for 150 minutes. Through his absolutely irreproachable frames, director of photography Oleg Mutu plunges us into a Romanian winter without electricity, smoke, fire, or even air, not too far from town, but beyond hills that look like insurmountable mountains.

more about: Beyond the Hills

Awarded with the Best Actress award at Cannes for her first role, in Beyond the Hills, Cosmina Stratan is now working on TV series Stay With Me

"I try not to criticise anybody"

"I try not to criticise anybody"

“I am a teenager who, in many respects, refuses to grow up” 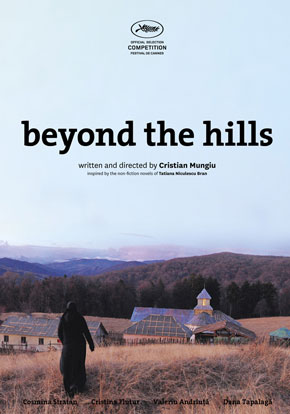 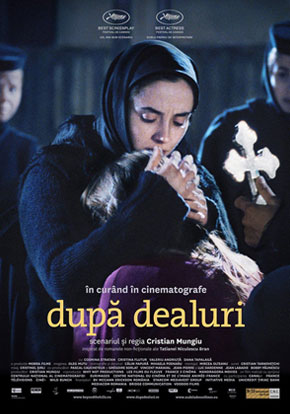 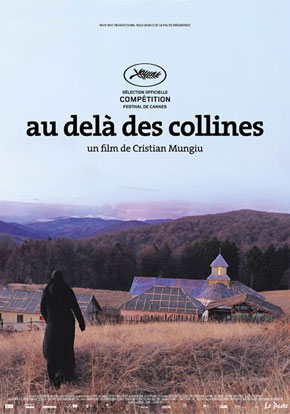 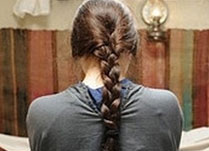 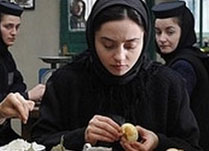