White Elephant : where is God in the shanty towns?

A regular in the Official Selection of the Cannes Film Festival (twice at the Certain Regard with El Bonaerense [+see also:
trailer
film profile] in 2002 and Carancho [+see also:
trailer
film profile] in 2010, and in competition in 2008 with Leonera), Argentina's Pablo Trapero has once again displayed his political, social-realist and "virile" style in White Elephant [+see also:
trailer
film profile], screened today at the Certain Regard. Produced by Spain's Morena Films, Argentina's Matanza Cine and Patagonik, and France's Full House, the film tackles the subject of the role of priests in shanty towns, about thirty years following the priests' activist Movement for the Third World, making an explicit reference to one of its most emblematic members, Carlos Múgica (murdered in 1974 by a death squad from the Argentine government).

Starting on the theme of illness in the broad sense, with a brain scan for Julian (Argentine star Ricardo Darín) followed by a paramilitary massacre in a village in the jungle ("Burn everything !") which Nicolas (Belgium's Jérémie Renier) escapes, the film sees the two men, who are in fact two priests, join their efforts in the "Shanty town of the Virgin Mary", in the suburbs of Buenos Aires. Around 30,000 people are crammed here and the priests try to finalise the construction project for a hospital nicknamed the "White Elephant", launched in 1937 but interrupted several times. Helped by social worker Luciana (Martina Gusman, the director's wife), Julian and Nicolas, who are very well integrated in the local area, exercise their spiritual office at the same time as acting as drivers and intermediaries (between the town hall and the diocese) to ensure the necessary "cash flow" for the project (the works are in progress), but they also act as nurses, literacy teachers, and even as pacifiers between the area's fighting gangs of drug traffickers. However, the two priests will also face a crisis of vocation, one being weakened by his illness (which is kept a secret), the other one launching into an affair with Luciana. To what extent can they be involved as priests in social action? This is the crucial and dangerous question posed by the film, in an environment full of gunfights, young boys smoking "paco", undercover cops and other interventions from anti-riot police forces.

Perfectly capturing the reality of shanty town life, Pablo Trapero bulldozes through the narrative, very effectively creating a atmosphere of the documentary thriller (particularly great sequence in an illegal drug lab). His sense of staging also offers some fantastic night-time scenes and intense, very physical, emotions, without abusing the use of violence. Despite a slightly simplistic script which doesn't give the actors much opportunity to express the depth of their characters, White Elephant manages to strongly convey its message : "It's harder to work every day than to be a hero".

Trash, a journey to Brazil for Stephen Daldry 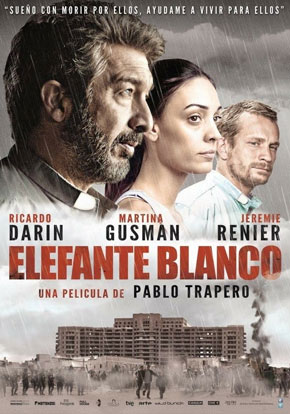 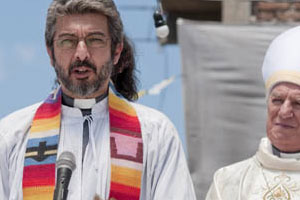 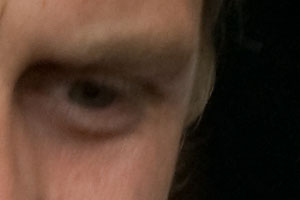 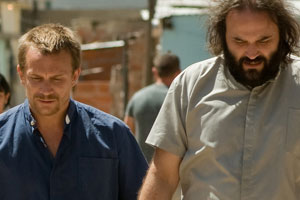 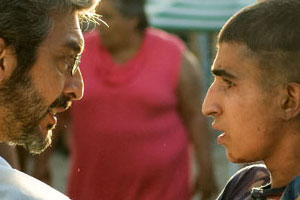 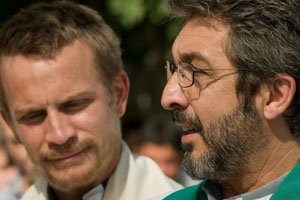