Camille Rewinds into the brilliant 1980s

26/05/2012 - The Directors’ Fortnight closed with Camille Rewinds, a tender and very funny film that catapults its delighted audience into the fluorescent, old school, basically brilliant, world of the 1980s.

When an audience claps wildly throughout all the credits and hoots with joy when the light is turned back on, you know that you chose the right closing film! In Cannes, Camille Rewinds [+see also:
trailer
film profile], a film by and with Noémie Lvovsky that belongs somewhere between The French Kissers [+see also:
film review
trailer
film profile], Profs, and Footloose, took the Directors’ Fortnight audience on an exhilarating, nostalgic journey back to the last era ever, perhaps, to be completely off-the-wall.

The film starts on a film set where Camille, an alcoholic B-class actress in the middle of splitting up with her first love, has to be have her throat cut as great squirts of fake blood are pumped out from behind her. Nothing remains from the life she had built until now, except her daughter and a ring she donned at the age of 16 and that she only gets off with the help of an eccentric watchmaker (Jean-Pierre Léaud)’s pliers. It’s New Year’s Eve, and Camille wants to have fun anyway, but when the count-down starts to the tune of Walking on Sunshine by Katrina & the Waves, she faints, only to wake up to a nurse wishing her a happy new year, while also telling her off like a teenager for having drunk and smoked too much.

Camille, who still looks exactly the same (which makes her even funnier in her short puffy skirt, Flashdance leg-warmers, and red bomber jacket), has just been catapulted back into the 1980s, when she was a badly-behaved girl surrounded by her parents, then still alive, and her funny, rebellious, ready-tongued girlfriends. When her mother (Yolande Moreau) gently wakes her up to go to school, she can plead all she likes that she has “been there, done that”, she still has to clamber onto her bike, don her big yellow walkman earphones, and cycle towards school to a Bananarama song.

She, and the audience, have fallen straight back into a period of bright colours and impossible trends, old school expressions, elated leftist French teachers (here Mathieu Amalric), lines to be copied a hundred times in detention, and silly boys in jeans running around the girls like they’re Julien Sorel in Stendhal’s The Red and the Black, one of whom is the boy who will become Camille’s husband and who, comically, has also kept his forty-year-old face (that of actor Samir Guesmi).

Of course, Camille is strongly tempted to change her destiny and avoid heartbreak when she is 40. But, even as she tries to record her mother’s voice on her tape recorder with help from her physics teacher (Denis Podalydès) who is the only one to believe that she comes from the future, the past seems unavoidable. She also finds it hard to resist the advances of the future father of her child, despite knowing that he will break her heart, because his clumsy insistence and shy flirtation tactics also remind her why she loved him so much in the first place and why finally, if she had the choice, she would do it all over again.

Beyond the touching mother-daughter bond in the background, Camille Rewinds’s tender nostalgia is also linked to the brilliant happiness that beams out of the film, this very special exuberance that now only remains in our memories. 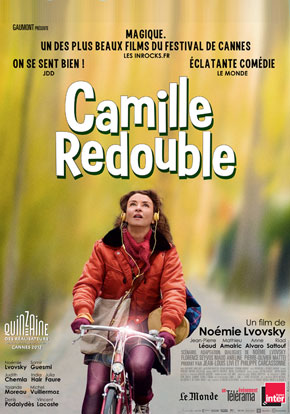 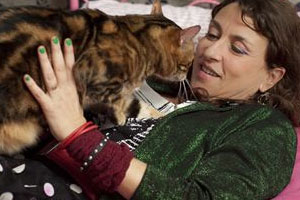 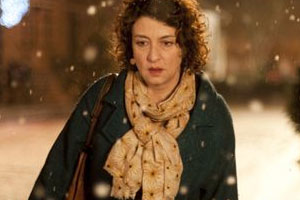 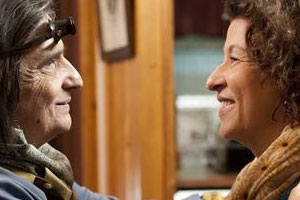 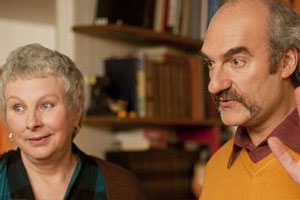 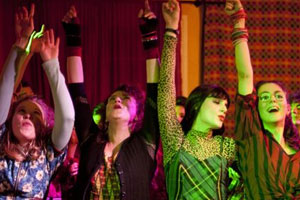 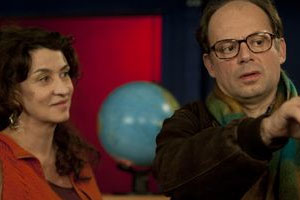