Shun Li and the Poet

24/08/2012 - Two strangers in a strange land, an impossible friendship and the distructive power of prejudice. A first fiction film presented at the Venice Film Festival 2011. Winner of the LUX Prize 2012.

The lagoon is female, the sea is male. One calm and patient, the other always in motion. Lagoon and sea meet, they kiss and say goodbye, each leaving a part of themselves with the other. Just like the Chinese bartender Shun Li and Bepi the slavic fisherman, the protagonists of the touching and bittersweet Shun Li and the Poet [+see also:
trailer
interview: Andrea Segre
interview: Andrea Segre
film profile] by Andrea Segre. Presented with an enormous success at the Venice Days, of the 2011Venice International Film Festival, and winner of the 2012 European parliament LUX Prize, the first fiction film by the 35 year old documentary fillmaker tells the story of a meeting between two strangers in a strange land, of an impossible friendship, and the distructive power of prejudice. It is also a poetic and contradictory painting of a territory: Chioggia, the Venetian lagoon, fishermen and taverns, ignorance and tradition; high tides and solitude.

"I am Li", says the protagonist, a young Chinese immigrant (the sweet and composed Zhao Tao, David di Donatello 2012 for her interpretation), presenting herself to her new roommate on the first day of her new life. She used to work in a factory in Rome, now she finds herself in Chioggia, a small city-island of the Venitian province, working at the bar of a tavern in order to save enough money to bring her little boy over from China. The tavern is frequented by a community of local fishermen (one of which the star of the urban theatre Marco Paolini), some suspicious, other openly hostile (Giuseppe Battiston in the role of the arrogant punk).

Bepi (the Croatian Rade Sherbedgia), a fisherman called “The Poet” for his ability to improvise a rhyme, on the other hand, knows what it means to not have any roots. He is also a foreigner, almost thirty years have passed without him returning to Yugoslavia. Bepi and Shun Li talk to one another and share photos. A beautiful friendship is born, perhaps love, but which quickly reveals itself to be impossible. Their respective communities do not approve: “The Chinese mafia forces their women to marry old men for the inheritence”, insinuate the people of Chioggia; “If you talk to him again, you will never see your son”, is the threat made to Shun Li by her countrymen.

The lagoon is exceptionally shot by Luca Bigazzi, who creates beautiful frames, immobile and mysterious. The fog glimpses the contours of the snowy mountains that surround it, the high tide reflects the light, houses, people. The fishermen’s hut in the middle of the sea is an image that stays in one’s mind and gives the lagoon an impression of the orient (it is impossible not to think of Kim Ki-duk): melancholic, essential and silent. A hood pulled over one’s head is enough to express restrained and untold pain. The flame, in the midst of all this water, destroys everything, even prejudice.

more about: Shun Li and the Poet

After being selected for the Venice Days in 2011, Italian director Andrea Segre's Li and the Poet is now one of three finalists for the 2012 LUX Prize.

Shun Li and the Poet

Two strangers in a strange land, an impossible friendship and the distructive power of prejudice. A first fiction film presented at the Venice Film Festival 2011. Winner of the LUX Prize 2012.

Thwarted love and poetry in Io sono Li and Habibi

The Order of Things: When fiction reveals a hidden truth 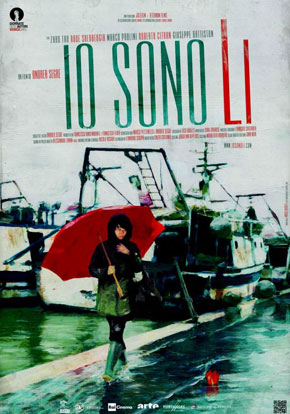 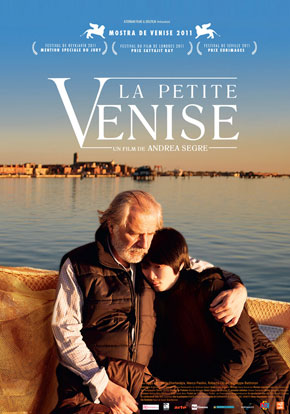 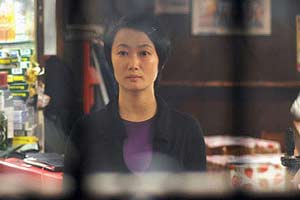 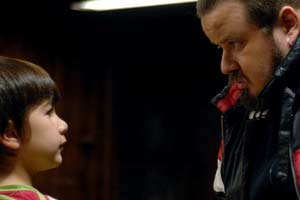 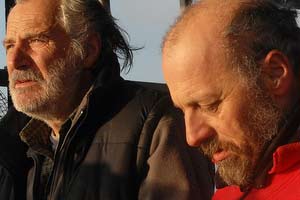 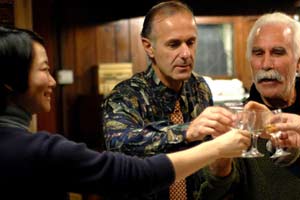 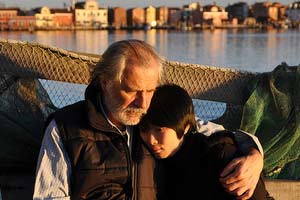 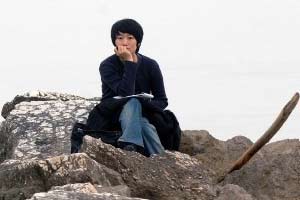