Setting sail for an Oscar, Kon-Tiki will launch Göteborg

While still No 12 on the Norwegian charts after 16 weeks, having sold more than 860,000 tickets, Norwegian directors Espen Sandberg and Joachim Rønning's Kon-Tiki [+see also:
trailer
film profile] has been selected to launch the 36rd edition of Scandinavia’s largest showcase - the Göteborg International Film Festival - on January 25.

"A classic and inspiring adventure that will seize the audience with its visual innovation, ingenuity and delight in filmmaking," said the festival’s artistic director Marit Kapla. The film will screen after the opening ceremony at Göteborg's Cinema Draken in the presence of Sandberg, Rønning, producers Aage Aaberge and Lone Korslund, and Swedish actor Gustaf Skarsgård. It will simultaneously be shown in three other theatres in Göteborg, Borås and Skövde.

Meanwhile, US distributor The Weinstein Company, which has purchased the action-adventure for the US, Canada, the UK and Italy, and UK co-producer Jeremy Thomas's international sales company, HanWay Films, which has sold the film to more than 40 territories, are organising screenings in the US to promote the Norwegian submission for the Oscar as Best Foreign-Language Feature. The Academy will announce the nominations on January 10 prior to the February 24 awards ceremony.

Meanwhile, the US International Press Academy is considering the Nordisk Film production in two categories – Best Film, Best Sound (Editing, Mixing) - for its Satellite Awards, which will be presented on December 16 at the Intercontinental Hotel at Century City. US website www.AwardsCircuit.com has placed it No 11 among its 71 international contenders for the Best-Foreign Language Feature nomination.

Setting sail for an Oscar, Kon-Tiki will launch Göteborg

What Will People Say to represent Norway at the Oscars 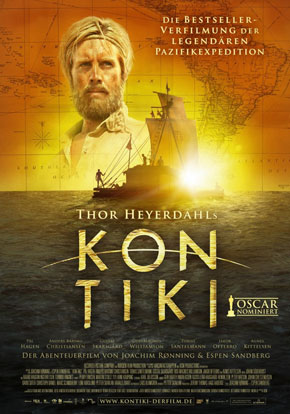 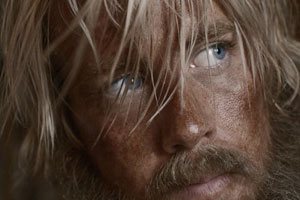 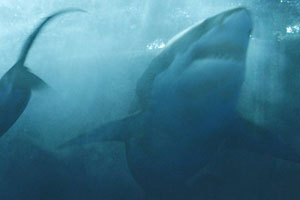