The Nun: a soul in search of freedom

10/02/2013 - Guillaume Nicloux's talented interpretation of Diderot’s novel on the battle waged by a young girl, shut away in a convent against her will in the 18th century

French filmmaker Guillaume Nicloux today drew spectators at the 63rd Berlinale into a fascinating and tragic destiny with the screening of The Nun [+see also:
trailer
interview: Guillaume Nicloux
film profile], unveiled in competition. Based on Diderot’s eponymous novel, already brought to the screens by Jacques Rivette in 1967, the film proves to be a very successful mixture of a Romanesque tale with modern connotations and a cruel philosophico-religious account on the theme of freedom, which also cleverly incorporates several layers of interpretation. Borne along by the performance of Pauline Etienne, well-supported by Françoise Lebrun, Louise Bourgoin, Isabelle Huppert and Martina Gedeck, this new version of The Nun is a pleasure to watch thanks to very beautiful staging, which brings back to the forefront a director who had slightly lost his way after a promising start.

We find ourselves in 1765, in the castle of the Baron de Lasson, whose son begins reading Suzanne Simonin’s collection of memoirs. A voice off, then a flashback, taking us two years earlier to the family of Suzanne (Pauline Etienne), a pretty and happy young lady, playing the harpsichord. In the exaltation of her late adolescence, her faith (“I love Christ and him alone”), which does not entirely convince her mother, will send her to the convent. But she is snared in her own trap, as she soon realizes her mistake (“I do not feel that I am made for the religious life”), just as she learns that her family now wants her to take holy orders. A long battle full of twists and turns then begins, during which Suzanne, plagued by sorrow and disillusion, struggles to retrieve her freedom. A real "Via Dolorosa" of rebellion, only made more heartbreaking when the young woman discovers that she is not the daughter of her father, and that her imprisonment is a kind of atonement for her mother’s sin. Coming under increasing pressure, in the form of advice to be patient or calls for solidarity (“times are hard”, “your family is ruining itself for your two sisters”), even physical and psychological abuse (ostracization, body searches, solitary confinement, blackmail, being spit upon, threats, accusations of possession by the devil, being made to walk on broken glass etc.), Suzanne secretly attempts to have her vows cancelled by the Pope. But she must first of all survive her status as a rebel (“I have the impression they are after my life”) in an institution in which perjury is a crime (“walk over her, she is only a corpse”) and where strict rules hide a multitude of irregularities.

Asking the question "Are you here freely and of your own accord?”, Guillaume Nicloux offers a captivating account, giving its full measure to the middle part of the film with the intensity of the desperate fight of his protagonist, who hangs on to her inner truth and continues to hope that she will escape from the well into which she has been dropped. As the reflection of a pure faith oppressed by a religious institution and a social stranglehold, the film clearly gives food for thought regarding our own day and age, certainly not lacking in its own religious tensions. Scattered with discreet symbols, The Nun could nourish many analyses beneath a surface that gives precedence (and for good reason) to narrative and emotional effectiveness by focusing of the heroine's daily life. Thanks to splendid lighting (by candlelight), subtle work on sound, a camera scrutinizing the depths of faces (wearing no make-up) and astute editing, the film offers a beautifully rendered reconstitution of life in convents (the bars in the parlours, discipline in the refectory, the spell-binding choirs). Despite a slightly rapid final part, this new take on Diderot’s novel is a talented illustration of the timelessness of an eminently cinematographic subject: the struggle against injustice.

more about: The Nun

Encounter with French filmmaker Guillaume Nicloux, during the world premiere of The Nun, in competition at the 63rd Berlin Film Festival.

Guillaume Nicloux's talented interpretation of Diderot’s novel on the battle waged by a young girl, shut away in a convent against her will in the 18th century.

The Nun: a soul in search of freedom

Guillaume Nicloux's talented interpretation of Diderot’s novel on the battle waged by a young girl, shut away in a convent against her will in the 18th century

End of filming in sight for Dreamchild by Raphaël Jacoulot

Filming due to commence on Thalasso by Guillaume Nicloux 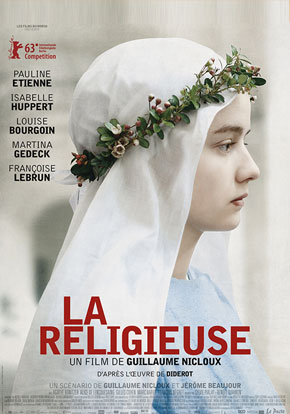 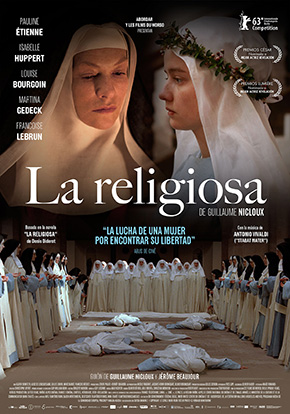 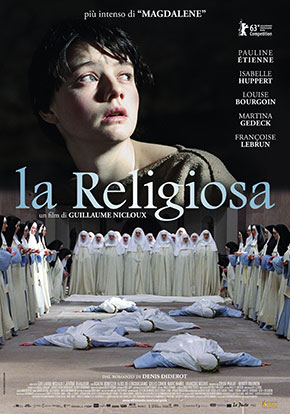 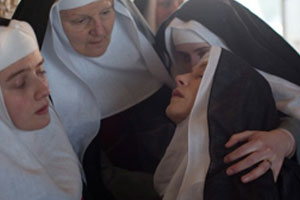 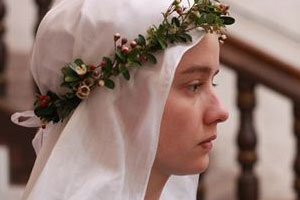 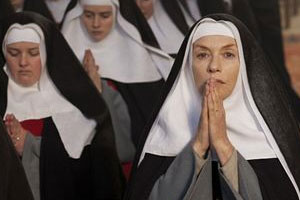 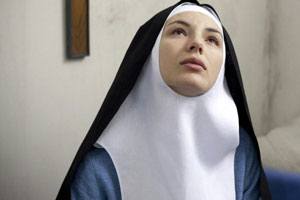 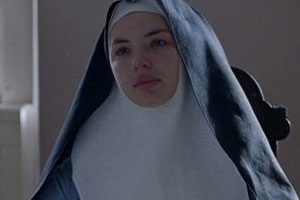 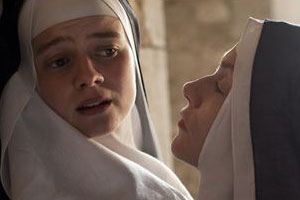